The video may be in Dutch, but we all speak the universal language of machines.

Dutch YouTuber Master Milo has one heck of a project for us today: the disassembly of a Norinco V12, a Chinese copy of a Soviet tank engine. This engine has been sitting outside for a quarter of a century, and it's as crusty as you'd imagine.

To get things started, Milo builds a beefy engine stand out of welded steel I-beams, then takes the engine outside to pressure wash 25 years' worth of grease, dirt, and decay off of the engine. 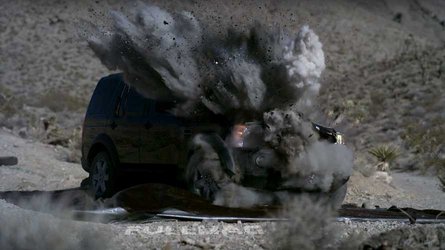 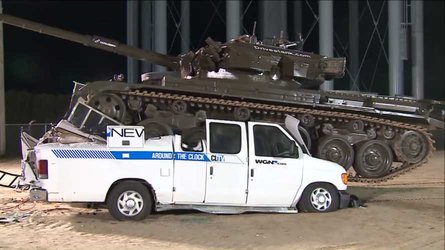 With most of the hardware seized up by years of neglect, nothing is off-limits to get the engine apart, from metal pipe breaker bars to tree stumps. Once the heads are removed, Milo and his team are pleased to find clean cylinder bores under one cylinder head – there may be some life left in this old tank engine after all.

Bizarrely, the second head is in better shape due to the intact cam cover, but water made its way between the head and the block, resulting in some very rusty cylinder bores on that side.

Incredibly, the crew is able to get the engine partially unstuck, and are able to turn the crankshaft and make the pistons move up and down after some additional cleaning. The pistons seem to be in pretty good shape, and Milo makes a clever tool to push out the wrist pins to separate them from the connecting rods.

While everyone in the video speaks Dutch, it's very easy to follow for anyone mechanically-minded. In fact, it's heartwarming to see that, despite the fact that we are separated by oceans and languages, the language of Our Lord and Savior WD-40 is universal, and that salvation from stuck bolts is always just a squirt away.