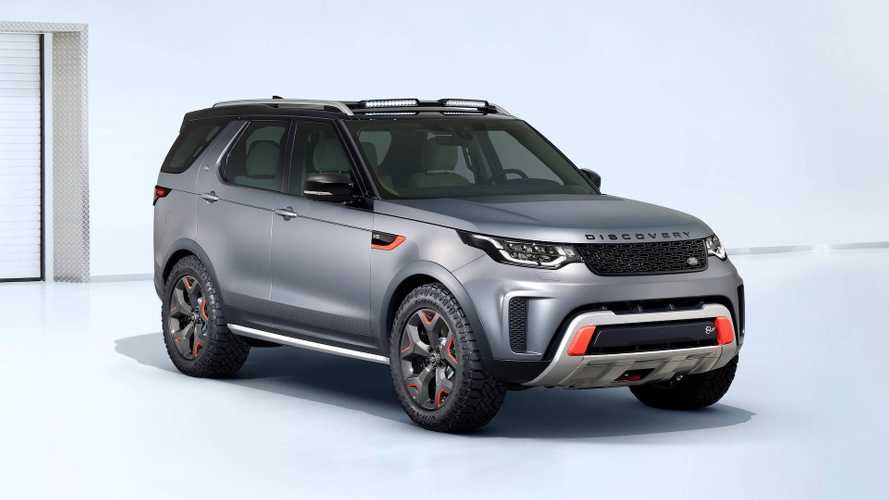 There are still plans for rugged SVX models, but the Disco isn't one of them.

Faced with some serious financial troubles, it looks like Land Rover is setting its priorities straight in regards to future products in a bid to cut losses and focus on what brings in the big money. Only a couple of weeks after announcing the premature death of the Range Rover SV Coupe, the Tata Motors-owned marque is now revealing the Discovery SVX won’t be going into production after all.

Originally unveiled as a concept back in September 2017 at the Frankfurt Motor Show, the rugged Disco was then confirmed to enter production by the end of 2018. It’s mid-February 2019 and there’s no sign of road-going Discovery SVX, and we’re sad to report Land Rover has canceled the supercharged V8 lifted off-roader altogether. The concept had JLR’s familiar 5.0-liter with 518 horsepower and 461 pound-feet (625 Newton-meters) of torque not available in the regular model, so the hardcore variant will, unfortunately, remain a one-off affair.

The silver lining is that a company spokesperson told Autocar there still are plans for SVX-badged models, but without going into details which vehicles will be getting the rugged treatment from Jaguar Land Rover’s Special Vehicle Operations. The new Defender would be a natural fit, but nothing is official at this point.

Looking at the rest of the lineup, Land Rover just gave the Range Rover Sport a new HST derivative with an electrified straight-six engine and also unveiled the one-year-limited Velar SVAutobiography Dynamic Edition with the aforementioned supercharged V8. Without a shadow of a doubt, the company’s cash cow will be the second-generation Evoque once it will go on sale later this year. Also in 2019, we’re expecting to see the revamped Defender in the production-ready guise already confirmed for the 2020MY.