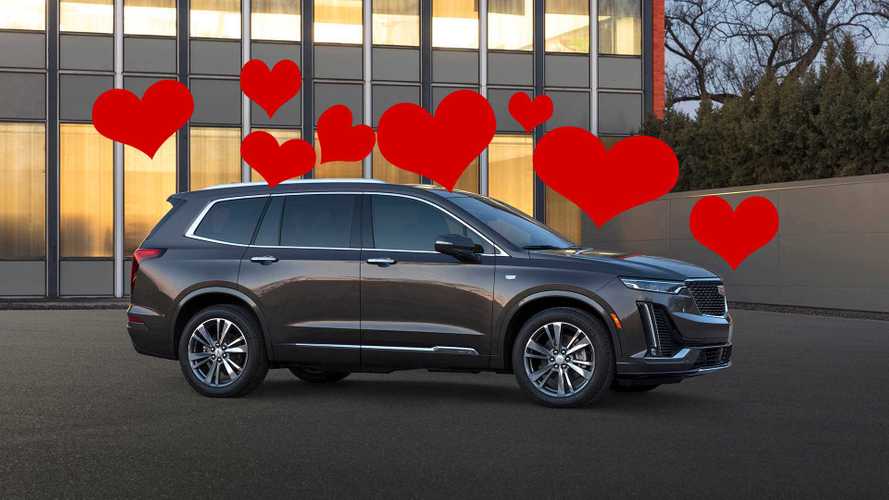 The luxury brand is looking for love on Valentine's Day, and it may have found it with Jaguar.

Cadillac is going all-in for Valentine’s Day this year. By that, we mean the automaker is flirting with its competitors in a manner not unlike the cheesiest 1970s disco movie you’ve ever seen. Seriously, these pick-up lines are terrifically tacky and unabashedly awful – and we absolutely love it.

The Best Car For Couples:

Car With Two Steering Wheels Is Perfect For Valentine’s Day

The first shout-out went to Mercedes-Benz with a poignant plea to make the long distance relationship work. Sadly, Mercedes didn’t feel the same because the impassioned post was met with cruel silence.

Sensing the relationship was over, Caddy tossed a top-shelf low-brow pick-up line to BMW. Amazingly, it worked – who would’ve expected BMW’s standard were so low?

Apparently, the BMW love affair was short-lived because Cadillac tried sweet-talking Tesla as well, but the electricity just wasn't there.

For that matter, Caddy’s advances towards Audi and Lexus were also rebuffed. Though if we’re honest, Lexus should’ve been well and truly flattered by Cadillac’s comments.

Still looking for love, Cadillac tossed a sexy "meow" to Jaguar. That’s when things got weird, and we don’t mean stuck-in-an-elevator-with-an-amorous-couple weird. The exchange was not unlike walking through the underwear section of Wal-Mart with your grandparents and having them stop to actually look at something.

Apparently, Cadillac found true love, or at least found something relating to power-sliding. We shudder to think what that private exchange could’ve been like, given how Cadillac seems rather fond of labeling everything these days with an X. As for Jaguar, perhaps we need to spend more time across the pond.

On that rather interesting thought, we’ll simply offer Cadillac a G-rated thumbs up for some humorous Valentine’s Day banter. If you ever want to shine your headlights our way, at least buy us a drink first.