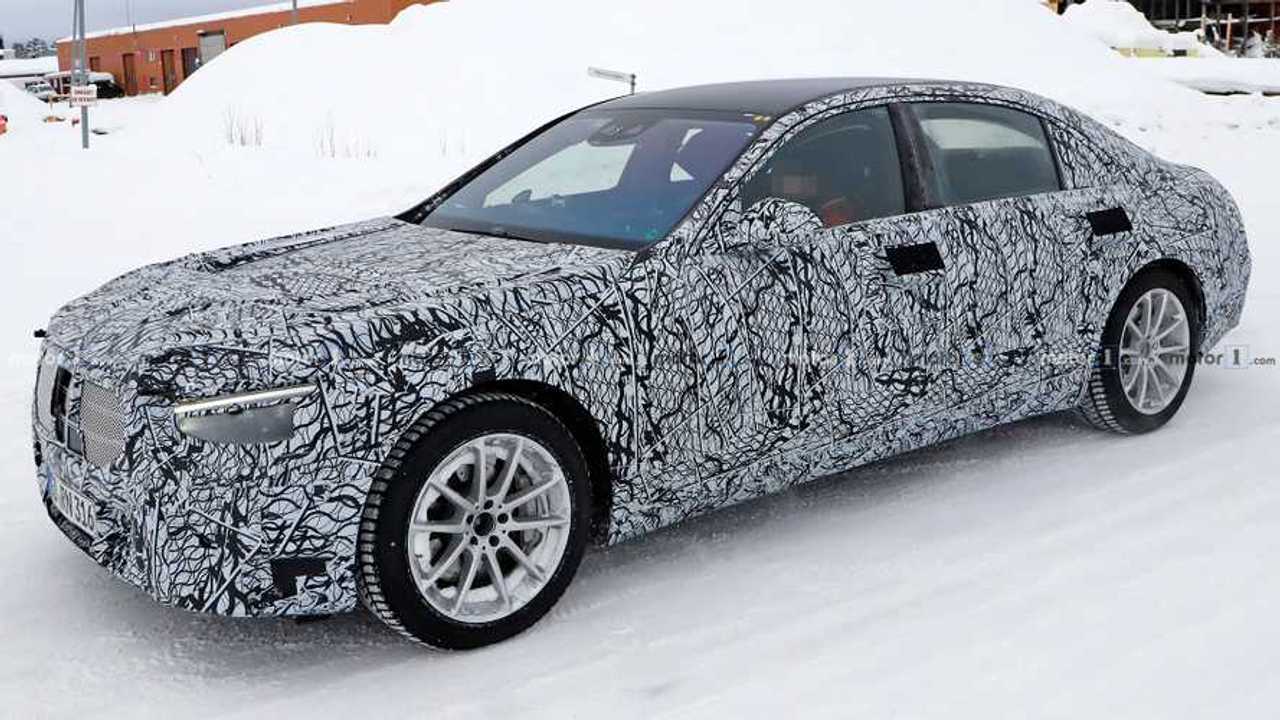 The S-Class sedan lights up the road in these spy shots that show off some of the revised styling details.

The next-gen Mercedes-Benz S-Class sedan continues cold-weather testing, and these new spy shots reveal the upcoming four-door's production headlights and taillights. The 31 pictures provide a great look at the current state of the luxury model's development.

Mercedes' engineers continue to cover the S-Class' body under a comprehensive coat of camouflage, which makes the job of identifying specific styling details very difficult. The good news is that this test mule reveals its headlights that combine LED lamps and sharp-edged turn signals on the top. The layout is similar to other recently introduced Mercedes sedans like the CLS- and A-Class.

The photos of the S-Class in the dark show off a little of its tail lamps, too. When illuminated, the brake lights are simply strips of red LEDs, but the lit area might be larger when the camouflage comes off.

Underneath the camo, Mercedes reportedly intends to offer the new S-Class is a single, longer wheelbase because the E-Class keeps getting larger. The company is worried that they might start to overlap. Despite the extra size, the next S-Class' styling appears to continue with the current one's conservative styling.

Mercedes will offer the next-gen S-Class with the automaker's cutting-edge tech. Among the amenities, buyers will be able to get the sedan with level 3 autonomous functionality, which will mean the driver assistance tech will be able to take control for limited periods. Inside, the latest version of the MBUX infotainment system will dominate the dashboard.

Exact powertrain details are a mystery at this point. However, Mercedes intends to launch a fully electric version under the EQ S moniker at some point in the new generation's production run.