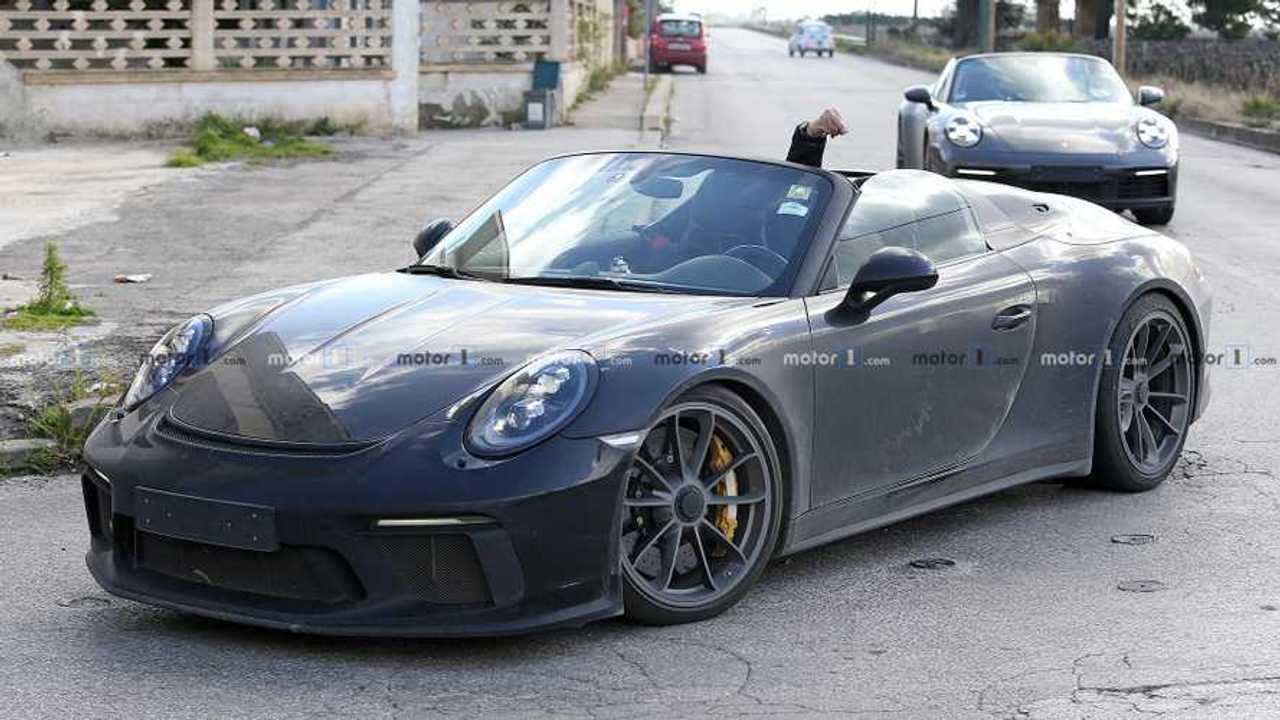 This 911 Speedster test mule doesn't seem to wear camouflage, and the driver isn't happy about you seeing it.

In an odd batch of spy photos for several reasons, pictures reveal that the Porsche 911 Speedster continues to be under development, despite the next-generation 911 already debuting. As if the vehicle isn't eye-catching enough, the test driver is throwing the photographer the bird in many of these shots. He apparently isn't happy about someone seeing the limited-run machine.

How The Speedster Drives:

This 911 Speedster doesn't wear any obvious camouflage, although Porsche's use of body-color concealment can sometimes make the covering difficult to see. Still, these photos should give a very accurate overall impression of the model's design, and it's extremely similar to the concept.

Up front, the Speedster carries the 991 generation of the 911's familiar look, and the model wears a front fascia with five openings with a design that's very similar to the one on the 911 GT3 RS. The bigger changes are at the back, though. Porsche's designers sculpt a rear deck with undulating lines and nacelles behind the seats. Seams in the panel suggest the roof hides under there too, but don't expect many owners to use it too often since the Speedster is all about open-roofed motoring.

A deeper look at the 911 Speedster Concept:

The Speedster is a product of Porsche's GT Division that also builds hardcore models like the GT2 RS and GT3. At least in concept form, the special model used the suspension and 494-horsepower (368-kilowatt) 4.0-liter flat-six engine from a GT3.

We expected the new 911 Speedster to debut by now, but Porsche bucked our expectations. It's not currently clear when the production model's unveiling might happen, but sales start sometime in 2019. VIN registrations are evidence the automaker intends to sell the droptop in the U.S. A rumor suggests that the company might only build 1,948 examples of the special model as a nod to the firm's 70th anniversary in 2018.