Subaru's First European Hybrids Will Be Shown In Geneva 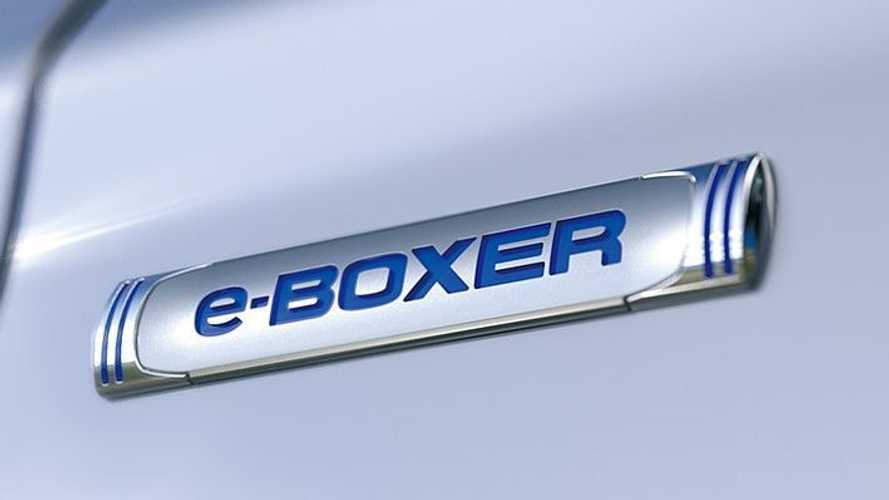 It has previously only offered hybrids in Japan and the U.S.

Subaru is adding electrification to its iconic boxer engines and will show off the technology for the first time at this year's Geneva Motor Show.

Two new models equipped with "'e-Boxer" engines will be presented at the show – it's not clear what they will be yet. Subaru also hasn't revealed whether the cars will be plug-in hybrids or a full hybrid system, but we do know that they are the first electrified cars Subaru has produced for the European market.

One possibility is a new WRX STI. The rally-inspired sedan is set to be replaced in the next few years and it has been rumored that the next generation of the country lane cruiser could be hybridized after Subaru's sales and marketing boss David Dello Stritto conceded that the car's 2.5-liter boxer engine "'can simply not exist in the future" in an interview with Dutch website AutoRAI in 2017.

The next-gen WRX STI was supposedly previewed by the Viziv Performance STI concept.

Here's the latest from Subaru:

Subaru previously introduced the XV Hybrid in Japan and America. The car, which was introduced in 2013, featured a 2.0-liter boxer engine putting out 148 horsepower hp and a 14-hp electric motor. Last year, Subaru introduced the Crosstrek Hybrid. The plug-in hybrid is currently only available in the U.S.

The Japanese brand has persevered with the boxer technology, which has two banks of two cylinders opposing each other, because it says that it improves handling thanks to the lower center of gravity it brings. Boxer engines also reduce vibration, and of course offer that distinctive Subaru soundtrack.

As well as its brace of new hybrids, Subaru will also showcase an updated Levorg wagon in Geneva. The car will have a few design tweaks and a new 2.0-liter boxer engine.