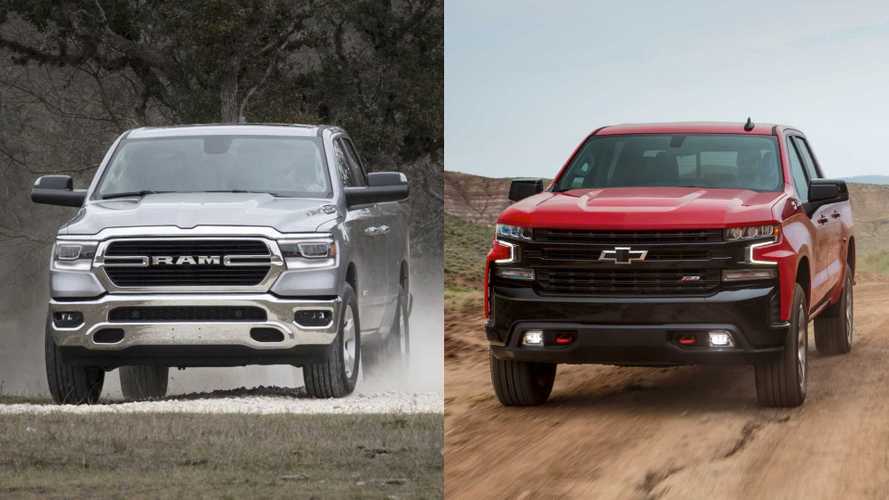 Some buyers can get up to $15,000 off their favorite trucks.

At the top of the full-size truck chart, the Ford F-150 – with more than 900,000 units sold in 2018 – reigns supreme. But that isn't stopping Chevrolet and Ram from duking it out for second place. Silverado and 1500 buyers this month can reportedly get huge discounts on their trucks. For Ram, the company hopes these incentives will help propel it to silver medal status over Silverado.

In five years, FCA is the only truck maker with any upward market momentum. The company gained a 3.6 percent market share in the full-size segment, bringing it to 22.2 percent. That number is still well short of GM's 33.3-percent share (for both Chevy and GMC) and Ford's 37.6 percent. Toyota and Nissan, meanwhile, take whatever's left.

But it's not just the sales wars that are heating up – these two companies are going head-to-head on tailgates, too. In Chicago, Ram uncovered its new 60/40 split "Multifunction" tailgate, attempting to one-up GMC's six-way "MultiPro" tailgate. These new features – along with steep incentives – give buyers even more reason to consider these two truck makers in their next purchase.