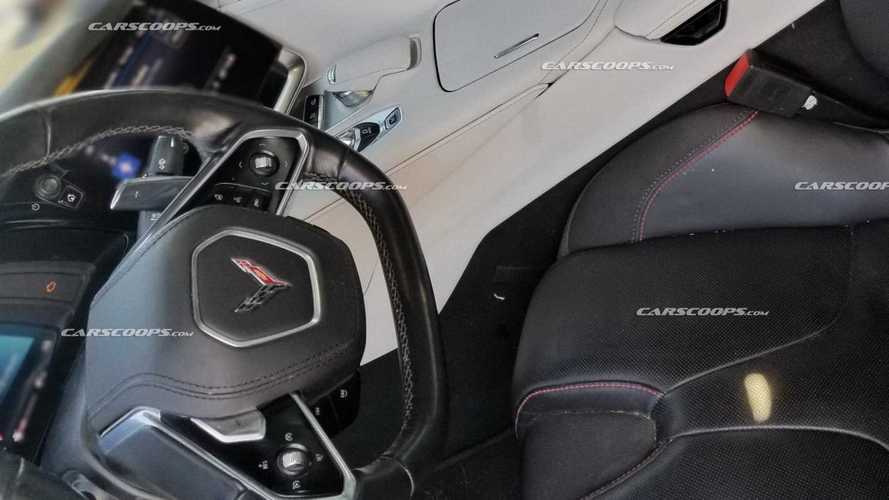 The new Corvette should have a range of trim levels. This could be one of them.

Another day, another rendering of the forthcoming C8 Corvette. If you’ve been following our mid-engined Corvette coverage in recent months you’re likely familiar with our friends at MidEngineCorvetteForum.com, and in particular, a forum member named Chazcron. This time around, however, things are quite different. The latest rendering from Chazcron (above) doesn’t depict the supercar’s outside, but rather, how things might look on the inside. But there’s a bit more to it than that.

To accomplish this, Chazcron turned to leaked photos showing the C8’s interior. The folks at Carscoops posted several photos early in January that allegedly showed the new Corvette’s innards in significant detail, though the angles of the shots made it somewhat difficult to visualize a full interior. We’ve since learned that the photos likely depict an older prototype, and MidEngineCorvetteForum reports the steering wheel used in those shots isn’t expected to be the final production unit. As such, there’s some question as to what other features depicted in the photos might not be production-spec, but still, the images overall fall into line with other drawings and renderings we’ve seen based on insider info.

Chazcron ultimately did some tweaking to create this slick exterior-perspective view, as if we were standing next to the car with the driver door open. There’s some resemblance to the current C7 Corvette with the wrap-around cockpit feel, but materials certainly appear upscale. The center console is taller and thicker, with the infotainment screen angled towards the driver. It’s unclear what kind of steering wheel will adorn the C8 and the angles are still a bit awkward, but If this ends up being accurate, the forthcoming two-seater cockpit looks like a nice place to travel.

Chevrolet hasn’t officially acknowledged that a mid-engine Corvette exists, but between the spy photos, renderings, patent applications, and leaked information we already have a good idea of what’s to come. Still, it’s no substitute for the real thing, and we’re hoping for a reveal in April at the New York Auto Show. Failing that, a standalone C8 reveal later in the spring or early summer is highly likely.