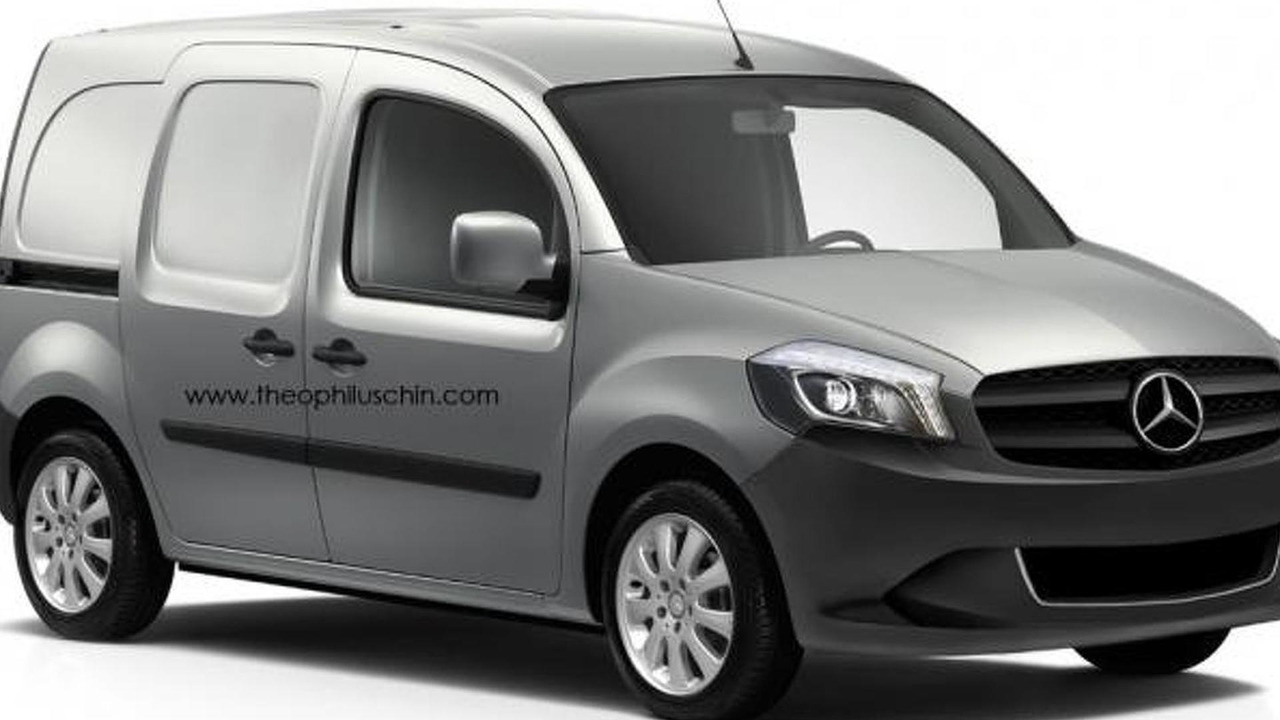 Here are the latest spy photos of the all-new Mercedes Benz Citan commercial van in addition to some credible looking renderings from Mr. Theophilus Chin.

Here are the latest spy photos of the all-new Mercedes Benz Citan commercial van in addition to some credible looking renderings from TheophilusChin.com.

Thanks to the German, French and Japanese global car alliance between Daimler and Renault Nissan announced last year, Mercedes-Benz is planing to introduce this model as their smallest commercial vehicle to be positioned below the Vito/Viano van.

Essentially a rebadged Renault Kangoo light commercial vehicle, Mercedes-Benz has already shown us renderings prior to its world debut at the IAA Commercial Vehicle Show in Hanover next September.

The new urban delivery van will be offered as a panel van, a crewbus, and a mixed-use vehicle. Same as the rest of the Mercedes-benz commercial van family, it will be available in a variety of lengths and weights.

No specifications have been announced yet, but powertrains will include low-emission diesel and gasoline engines as well as a BlueEFFICIENCY package.

An electric drive version is also planned. No indications have been made if the electric powertrain will be adapted from the Vito E-CELL.

The Citan will be launched on the market in fall 2012.