The professors patented a way to combine port and direct fuel injection. Ford is allegedly using the tech without paying a royalty.

Three engineers from the Massachusetts Institute of Technology (MIT) allege that Ford engines have their patented process for combining port and direct fuel injection, and the automaker isn't paying for the technology's use. They have now filed a lawsuit against the Blue Oval in federal court and have requested an unspecified royalty for every vehicle sold containing the tech, according to Bloomberg.

Leslie Bromberg, Daniel R. Cohn, and John B. Heywood came up with the method of combining port and direct fuel injection that allegedly creates a better fuel-air mixture. After coming up with the idea at MIT, the university gave them ownership of the patent, and they established a company to license the technology.

See what the EcoBoost can do: 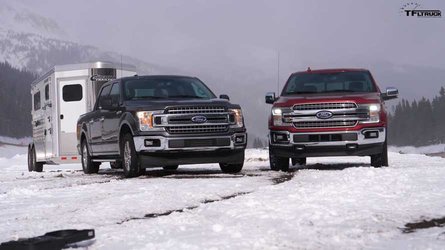 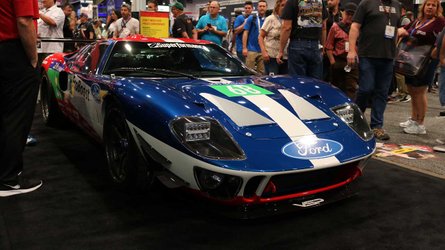 The men contacted Ford in 2014 about licensing the patent to the automaker, but the Blue Oval rejected the offer. However, Ford later began using a combination of port and direct fuel injection. For example, in 2017 the company touted the tech's introduction to many of its engines, including the 3.3-liter naturally aspirated V6, 2.7-liter EcoBoost V6, 3.5-liter EcoBoost V6, and 5.0-liter naturally aspirated V8.

The engineers allege that Ford's implementation of combined port and direct injection is their patented method. The lawsuit claims that the automaker knows it's in the wrong, too. The Blue Oval's chief intellectual-property officer allegedly met with the men in April 2015 and asked them to agree "not to assert the patents against Ford," according to Bloomberg citing the lawsuit. In exchange, Ford would have worked with Bromberg, Cohn, and Heywood to market some of their other tech.

Motor1.com reached out to Ford, but the company responded, "We do not comment on pending litigation."

What the court needs to decide is whether Ford's method of integrating the two forms of fuel injection is really the same as these engineers patent because combining port and direct injection is not exclusive to the Blue Oval's powerplants. For example, General Motors' LT5 supercharged V8 in the Corvette ZR1 uses it, and the tech shows up in lots of Toyota powerplants, including the V6 in the latest Avalon and the boxer mill in the GT86 and Subaru BRZ.