Introduced with much fanfare at the Detroit Auto Show after a painstakingly long teaser campaign, the fifth-gen Supra is already getting the Toyota Racing Development treatment. Officially a concept (for the time being), the TRD version made its debut last weekend in at the Osaka Automesse where attendees had the opportunity to immortalize the coupe’s many carbon fiber bits. 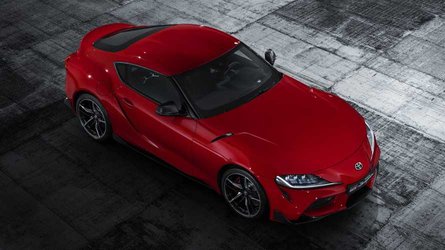 The upgrades applied to the A90 might be a bit too much for some tastes, but you can rest assured the JDM tuning scene for the reborn Supra will come out with an endless array of flashy aftermarket kits of the sort. For now, TRD is only giving us an idea of what’s to come in terms of a souped-up version without messing around with the internals as there aren’t any upgrades in the engine bay. Since the Osaka Automesse takes place in Japan, it’s worth reminding everyone the JDM-spec Supra will also be offered in an entry-level variant powered by a four-cylinder engine. This base model won’t be coming to the United States, though.

There’s more to come in terms of a TRD-branded Supra taking into consideration the Toyota Racing Development’s official page tailored to the car ends with “to be continued.” Meanwhile, it’s a known fact Gazoo Razing Meisters of Nürburgring (GRMN) will also amplify the BMW Z4’s Japanese cousin, with a hotter Supra GRMN to be positioned above the GR version being in the pipeline.

Add into the mix tuners such as Prior Design eager to get their hands on the A90 and give it more attitude, we can imagine owners will have a plethora of ways to spice up their Supras. Future SEMA shows will probably be packed with customized Supras featuring wide body kits, lots of carbon fiber, power upgrades, and other tweaks inside and out. 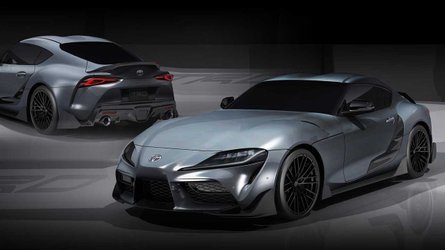 Toyota Supra TRD Concept Debuts And It’s More Than Just Pretty
'
By: Adrian Padeanu
++
++
Got a tip for us? Email: tips@motor1.com