2019 Mercedes-AMG A45 Spied Up Close By Motor1.com Reader 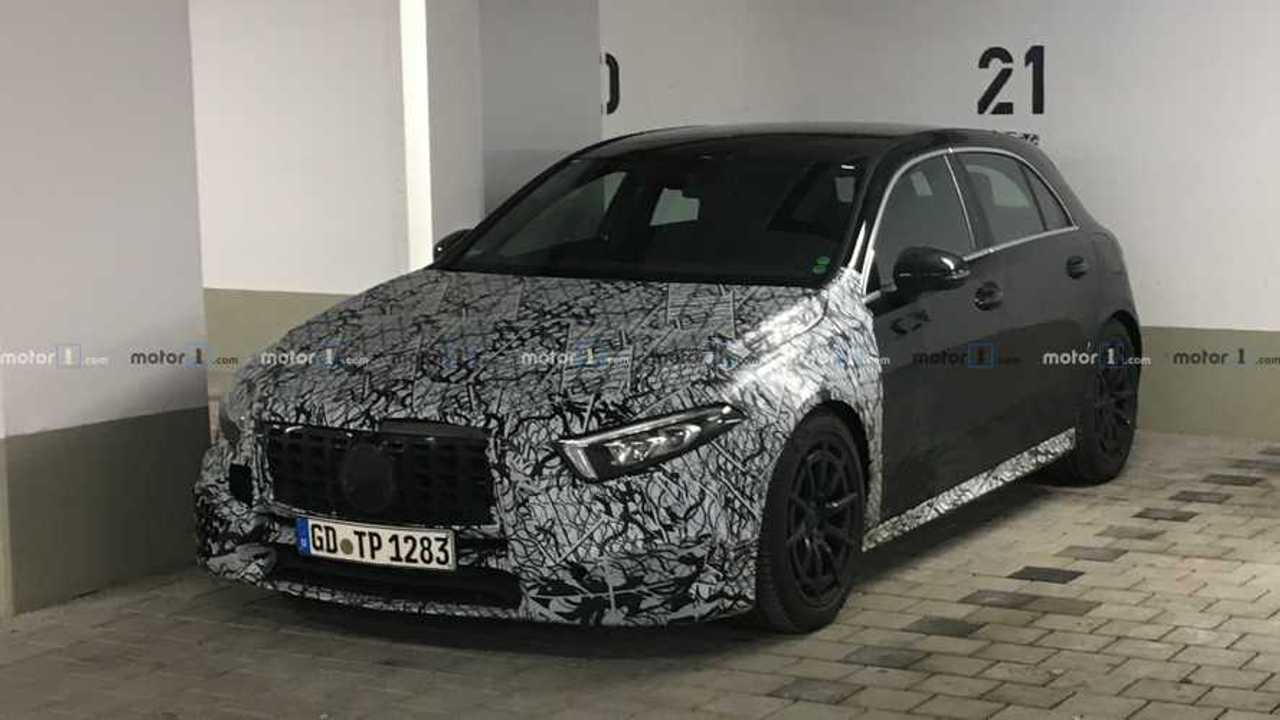 The wheels have a rather odd design.

The first-ever A35 may be the talk of the hot hatch town nowadays, but enthusiasts with more generous bank accounts are waiting for Mercedes-AMG to take the wraps off the second-generation A45. Teased by the folks from Affalterbach in the second half of December, the range-topping version of the A-Class lineup will premiere later this year.

Meanwhile, a partially camouflaged prototype has just been spotted in a parking lot somewhere in Munich, Germany by one of our loyal readers. Up front, the grid pattern of the camouflage concealing the front grille is a telltale sign the high-powered compact hatchback had the Panamericana grille as seen in recent times on 63-badged test vehicles.

Riding significantly low to the ground on a set of alloy wheels that had a questionable design, the black A45 was not shy to show off its quad exhaust tips reserved to this model. As a reminder, the aforementioned A35 has to make do with only dual exhausts. The test vehicle’s roof-mounted spoiler is quite unusual and we’re pretty sure that’s not the final setup taking into consideration the A35 already has a more aggressive setup.

When it will eventually debut, the new A45 will rock a turbocharged 2.0-liter gasoline engine developed to be offered in two states of tune. The base model will offer 382 horsepower or an extra six over the old A45, while the flagship A45 S will up the power ante to a massive 416 hp to eclipse even the Audi RS3 despite its larger inline-five 2.5-liter engine.

While these output numbers are not officially official, an insurance company inadvertently leaked them at the beginning of the year, so these should be as legit as possible. Output will be channeled to an already confirmed drift-happy 4Matic all-wheel-drive system through a new dual-clutch, eight-speed automatic transmission rather than the A35’ seven-speed DCT setup.

Mercedes could host the public debut of the new A45 as early as March 5 during the first press day of the 2019 Geneva Motor Show. If that’s true, an online reveal might occur in the coming weeks.

Special thanks go to Santiago for sending us the spy shots!