1991 Toyota Crown Hearse Is A $20K Halloween Prop Must Have 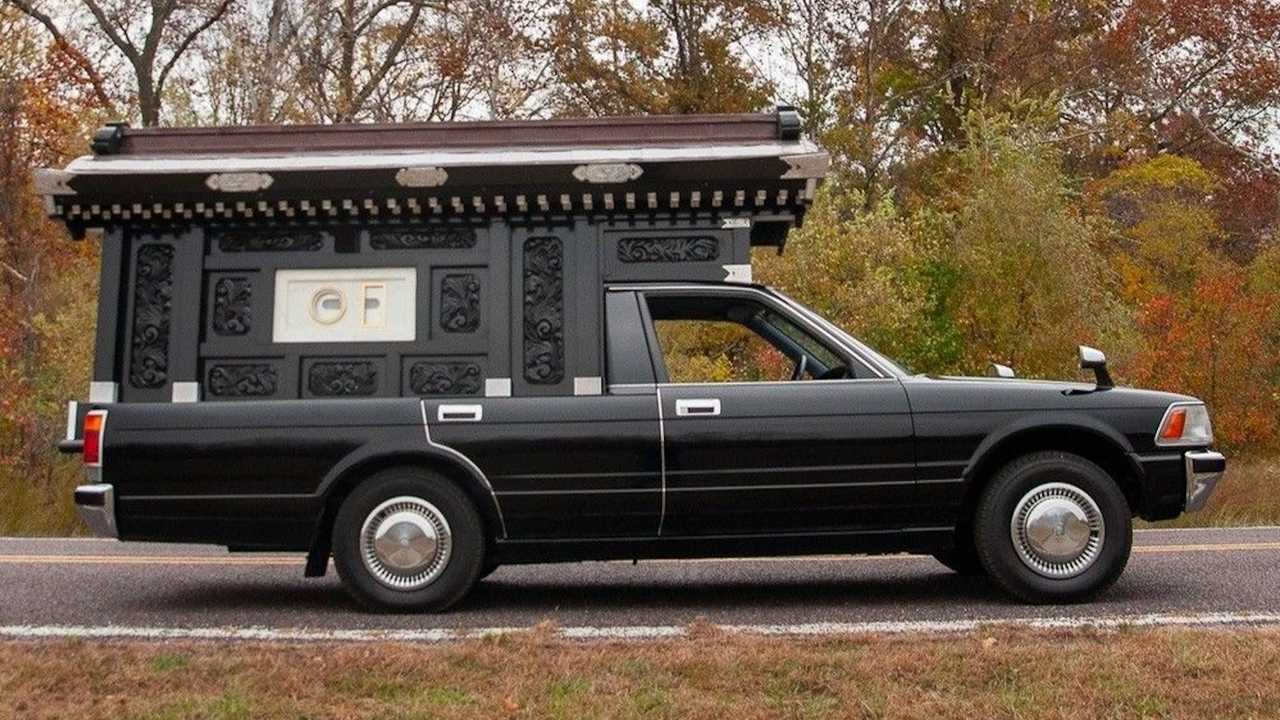 Ride in style to your Halloween party. Anyone?

If the marketplace for odd cars is a thing, eBay is definitely one of them. We have seen an Art Deco car being sold there, which is actually a hodgepodge of Chevrolet Corvette and Audi TT parts, while there was a time when an FBI surveillance van was for sale for a reasonable price.

However, this might be the oddest of all cars that we've seen being sold on eBay – a 1991 Toyota Crown Hearse that's currently listed for $19,750. While the Toyota Crown, more so a 1991 model, is a gem to find in used car marketplaces, this hearse version of the Toyota flagship car is a sight to behold and could actually shock your neighbors if you actually decide to buy one.

The listing is from MotoExotica, which specializes in classic cars and apparently, JDM coffin-haulers. With this 1991 Toyota Crown Hearse, you're sure to arrive in your next Halloween party in style.

Kidding aside, this Toyota Crown for sale seems to be in good shape. According to the description, "the bodywork is in great overall condition, the engine bay is quite tidy, the battery is in very good order, the cargo area is functional for caskets to make your next Halloween that much more macabre. The chrome bumpers are in satisfactory order."

As it is a JDM classic, the hearse is decorated in Japanese-style ornaments, complete with wood construction with hand laid copper roof and tooled metal detail. Not too shabby for a funeral business, right?

eBay is a great place to buy rare, used cars:

Of course, the Crown Hearse is in black paint, but its interior is in navy blue. Under the hood is a 2.0-liter overhead cam, straight six-cylinder engine that's mated to a five-speed manual transmission. It's currently located in MotoExotica's facility in St. Louis, Missouri with a current mileage of 36,934 miles.