The 3.0 TDI gets a healthy power boost to complement the wagon's new look.

In September 2017, an interesting report emerged about Audi’s alleged plan to install a diesel engine underneath the hood of the next-generation S6 (and S7 Sportback). It’s February 2019 and the warm midsize sedan from Ingolstadt still hasn’t been revealed, so we don’t know whether that old rumor has a leg to stand on. The S6 has been caught out and about without any camouflage whatsoever, so an official reveal must be around the corner.

A different side of Abt: 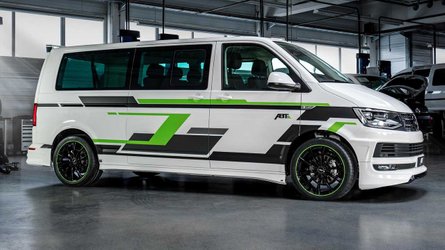 Abt Electrifies And Tunes VW T6 Transporter For Geneva

If you can’t wait for the wraps to come off and/or you’re worried there won’t be a TDI-powered S6 after all, the German tuners at ABT have got your back. For next month’s 2019 Geneva Motor Show, the Kempten-based aftermarket specialist has prepared an upgraded version of the S6 in wagon flavor and equipped with the 3.0-liter V6 engine running on Devil’s fuel.

That nice plaque on the engine cover with the “ABT POWER” logo is a telltale sign the six-cylinder engine has been massaged to deliver more oomph. While the stock Audi variant of the TDI mill pushes out an already healthy 282 horsepower and 620 Newton-meters (457 pound-feet) of torque, ABT has worked its magic to extract 326 hp and 670 Nm (494 lb-ft). Thanks to the newly gained diesel punch, the tuner was able to shave off two tenths of a second from the sprint to 62 mph (100 kph), which now takes 5.5 seconds.

There’s more to this A6 Avant than the upgraded V6 as ABT has also developed a subtle aero kit for the luxury wagon. Up front, there’s an add-on piece with a spoiler blade finished in glossy black together with a decorative strip to give the family hauler a bit more attitude. The glossy black diffuser at the back further highlights this isn’t an ordinary version of Audi’s 5 Series Touring rival.

Rounding off the styling tweaks are the blacked-out Four Rings, custom 21-inch alloy wheels with 255/35 R21 Continental tires, while on the inside there’s an ABT-branded start/stop button and door-mounted LEDs projecting the tuning company’s logo. 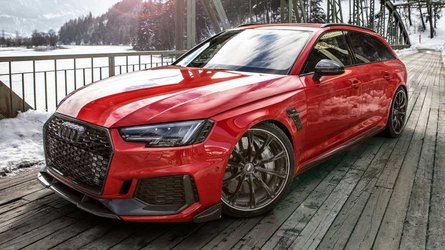 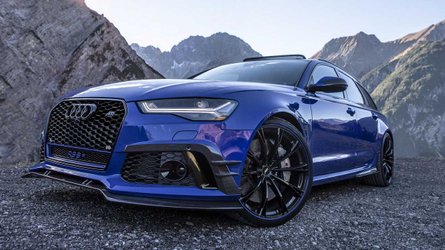 ABT Has Built The Ultimate Audi RS6 Avant With 725 Horsepower
By: Adrian Padeanu
++
++
Got a tip for us? Email: tips@motor1.com