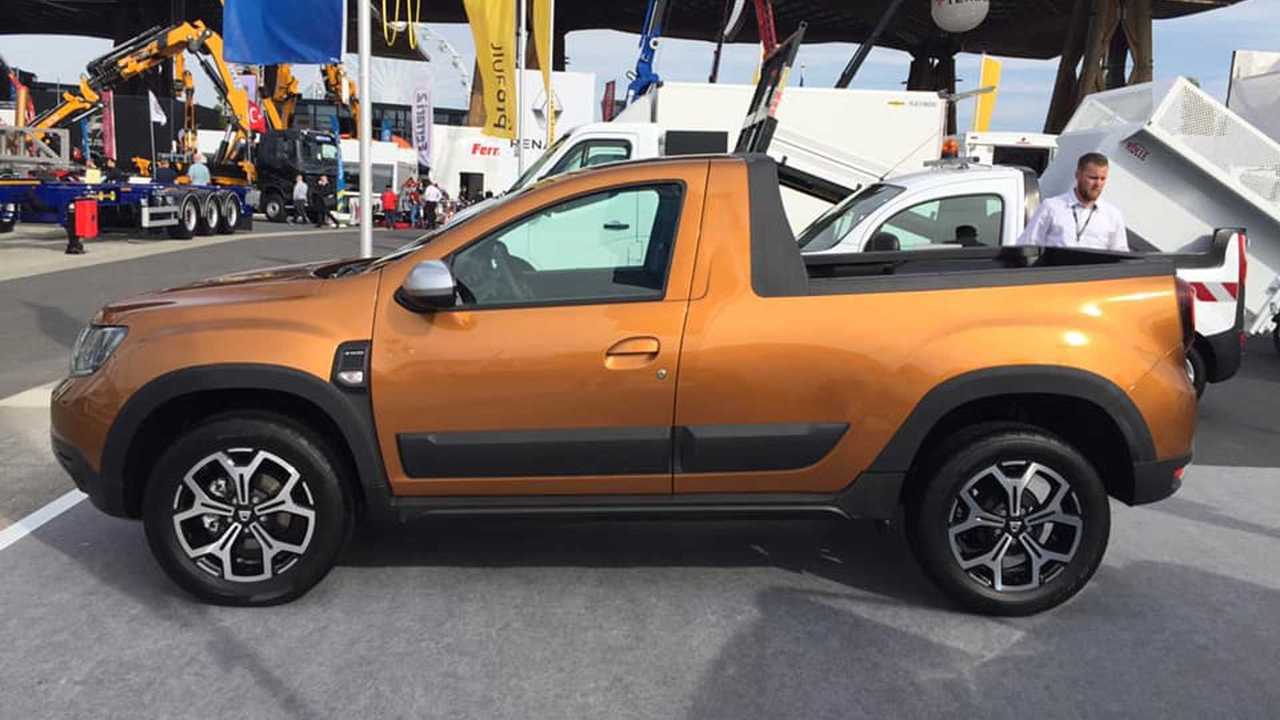 Romania's budget SUV will spawn a utilitarian version that won't be linked to the Renault Oroch.

Wait, doesn’t the Duster-based pickup truck already exist? The images you see here are of a custom version engineered by local coachbuilder Romturingia. In other words, this is technically not an official Dacia product. However, all this is about to change as Dacia’s parent company Renault has revealed the Duster pickup has entered the homologation process and will be launched later this year.

In an interview with 0-100.ro, Hakim Boutehra, General Director of Renault Commercial Roumanie, announced plans for the utilitarian version of the hugely successful Duster SUV. To make it happen, engineers at Renault’s technical center in Titu have teamed up with the aforementioned experts at Romturingia coachbuilder.

Little else is known about the pickup, but Boutehra did mention it will be a work-oriented vehicle rather than a lifestyle pickup like the Duster-based Renault Oroch launched in South America back in 2015. In other words, it will remain entirely faithful to the philosophy that stands at the core of the Dacia brand: a no-frills vehicle that’s easy on the wallet.

Aside from announcing the Duster workhorse, Boutehra also shared some other news about Dacia’s plans for 2019. There will be at least three special editions of various Dacia models, including one for the SUV.

Dacia is becoming an important player in the European Union taking into account it was the 14th top car manufacturer last year, surpassing even Kia. The Romanian marque delivered a total of 528,249 units or a significant 11.7 percent increase compared to the year before, according to the numbers published by the European Automobile Manufacturers’ Association (ACEA).

If everything goes according to plan, the Duster pickup will go on sale in the second trimester of the year and will be available through Dacia dealerships as an official product. It’s unclear at this point the shape it will take – whether it will be a single cab or a more practical double cab variant, but we’re glad it’s finally coming.