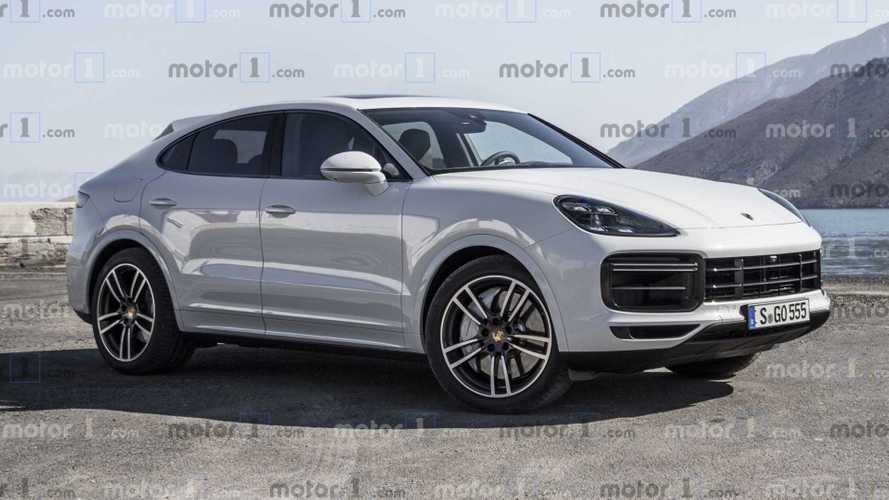 [UPDATE] Our spies have told us the Cayenne Coupe has already been presented to Porsche dealers and that an official reveal is expected to take place in April. If true, we could see it in the latter half of the month during Auto Shanghai 2019 in China.

Confirmed for production back in June 2018 and spied already in multiple instances, the Cayenne “Coupe” or whatever it will be called is inching closer to its world premiere. Porsche hasn’t said when it will take the wraps off its BMW X6 and Mercedes GLE Coupe competitor, but our money is on a world reveal before the end of the year. To get everyone ready for the inevitable, we’ve decided to render the sleeker version based on our most recent batch of spy shots, which we’ve attached below.

The tried-and-tested formula of coupe-SUVs will be the same with Porsche’s new Cayenne derivative. The front half of the car will likely be largely inherited from the normal version, with only the rear section to go through some changes. These will include a more sloped roofline to give that illusion of a coupe, a sportier rear end with a liftback-style look, and a nifty retractable spoiler. Modified taillights and quarter glass to further separate it from the conventional version are also in the offing.

We wouldn’t hold our breath for any major changes inside the cabin where we’re expecting just about everything to be inherited from the regular Cayenne. Of course, Porsche will likely make some changes here and there in an attempt to justify what will surely be a considerable premium over the standard SUV. Engines and technologies will closely mirror what you can have on the traditional variant.

Does Porsche really need this model in its lineup? With the risk of upsetting the purists, business is business and we all know SUVs are all the rage these days. Fact: its two high-riding models, the Macan and Cayenne, were by far the company’s most popular models in 2018. The smaller of the two SUVs was #1 with 86,031 units while its bigger brother took #2 with 71,458 units or approximately double the sales of the 911, which came in fourth place (after the Panamera) with 35,573 sales.