Just 3,000 will be produced for global consumption.

The Mazda MX-5 Miata celebrates three decades of top-down motoring with the arrival of a special 30th Anniversary Edition model. Unveiled at the 2019 Chicago Auto Show, the very venue where the original Miata debuted in 1989, the MX-5 Miata 30th Anniversary Edition is limited to a production run of 3,000 units, only 500 of which Mazda is earmarking for the United States. 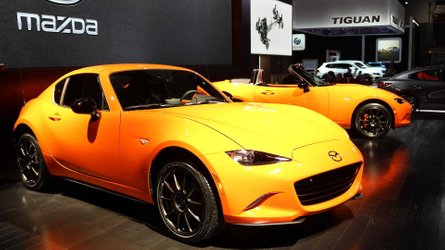 Available in both soft top and retractable hardtop RF guises, the 30th Anniversary Edition model stands out by way of its 10-spoke forged aluminum wheels by Rays, Racing Orange paint job, and orange brake calipers. Orange accents highlight the interior, as well, with the color contrasting with the black leather and plastics that line much of the roadster’s door trim, shift lever, dashboard, and seats. 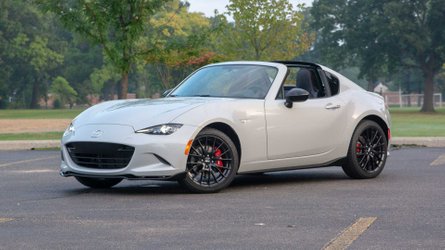 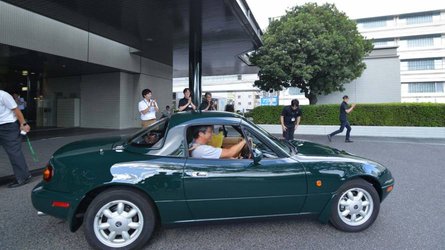 Still, the 30th Anniversary Edition stands out as much for its orange hues and Rays wheels as it does for its features list, which includes convenience items such as rain-sensing windshield wipers, automatic high-beam headlights, automatic air-conditioning, and an in-dash navigation system, as well as racier bits such as Recaro seats, Brembo front brake calipers, and Bilstein dampers, the latter of which are limited to models equipped with the standard six-speed manual transmission (a six-speed automatic is optional). The limited edition Miata also welcomes Apple CarPlay and Android Auto into the model’s fold.

Like all 2019 Miata’s, the 30th Anniversary Edition relies on a 181-horsepower 2.0-liter four-cylinder engine for motivation. While the playful powertrain is a joy to wind out, it would surely be even more enjoyable with another 20 horses in its stable. Maybe Mazda will surprise us with a Mazdaspeed Miata redux in the upcoming years.

Those interested in nabbing a 2019 Mazda Miata 30th Anniversary Edition will need to head over to www.mazdausa.com/30th-anniversary, where buyers can pre-order the limited run model that starts at $34,995 (add $2,600 for the RF).