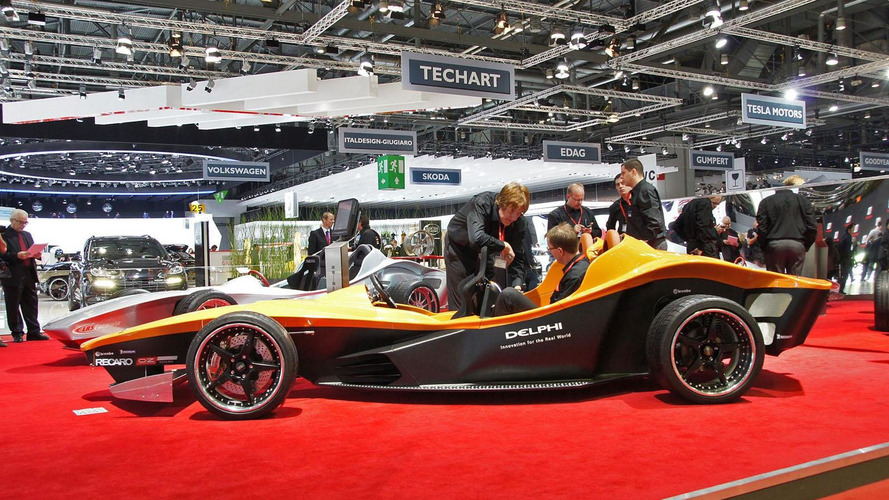 Delphi has unveiled the F1for3 concept at the Geneva Motor Show. It is an F1-inspired roadster with seating for three.

Delphi has unveiled the F1for3 concept at the Geneva Motor Show.

Designed to showcase the company's components, the concept was jointly created with Franco Sbarro and is an F1-inspired roadster with seating for three.

The driver sits up front, while the rear passengers are flanked between an advanced infotainment system that has internet connectivity and the ability to stream live television. The system is part of Delphi's MyFi family and incorporates Bluetooth, WiFi and cellular connectivity as well as voice recognition technology.

Delphi declined to reveal too many details about the car itself, but it has Recaro seats, Brembo brakes and OZ racing wheels with Michelin tires.