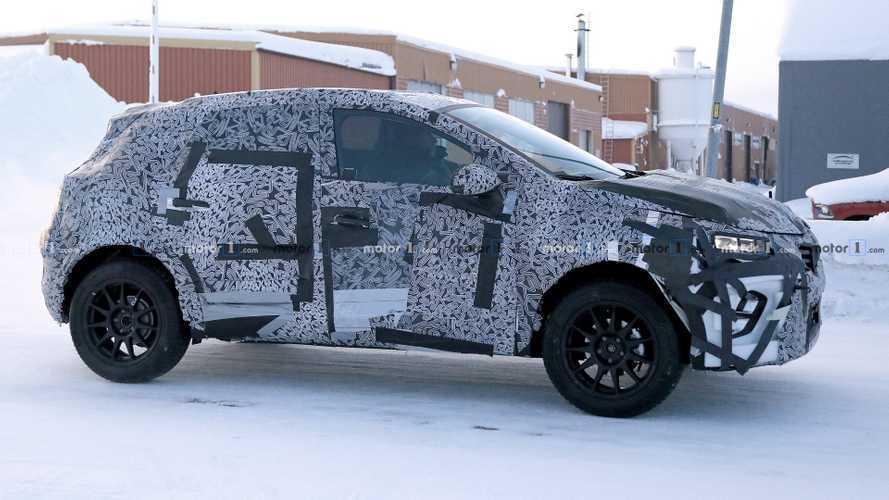 The Clio's crossover sibling stubbornly keeps the disguise on during the latest round of testing near the Arctic Circle.

Having racked up 214,720 sales in 2018, the Renault Captur was by far the most popular subcompact crossover in Europe. It’s an impressive achievement for the company with the diamond logo considering the model is approaching the end of its life cycle and that’s when sales usually go down. Demand remained flat year over year, but the Captur still generated a lot more sales than the #2 B-segment crossover, the Dacia Duster (182,100 or 22% more than in 2017), according to the sales figures published by JATO Dynamics.

Renault was seen the other day putting the finishing touches on the second-generation Captur by testing the city-oriented crossover in the cold climates near the Arctic Circle. Dipped in camouflage from front to rear, the prototype is hiding what appear to be the production-ready metal and the final lights. Having seen the new Clio, we really don’t need a crystal ball to see into the future of the next Captur and its design.

As it’s the case with the fifth-gen supermini, the exterior design will likely be a subtle evolution with Megane cues over the outgoing Captur. A push upmarket could take place inside the cabin where the Clio has become significantly more sophisticated for its latest installment. With the Captur essentially being a crossover version of the Clio (pictured below), it should be a similar story with its interior.

It’s only a matter of time before we’ll get to learn about the engines and gearboxes the Captur will be offered with as the upcoming Geneva Motor Show will be the event where Renault will talk about the Clio’s oily bits. The stylish subcompact hatchback will receive its public debut on March 5 during the first press day of the auto show in Switzerland.

Look for three-cylinder 1.0-liter and four-cylinder 1.3-liter turbocharged gasoline engines, with the latter co-developed with Mercedes and offered in the latest A-Class. The familiar 1.5-liter dCi should be on offer as well despite the decreasing popularity of diesels in Europe, while a plug-in hybrid could arrive at a later date in the model’s life cycle.

As to when we’ll see the revamped Captur, an official premiere could take place in the latter half of the year, presumably in September at the 2019 Frankfurt Motor Show.

Here's how we think it will look:

New Renault Captur Looks All Grown Up In Exclusive Rendering
++