The SUV hides like Bigfoot in the Pacific Northwest in this clip.

Toyota has a new TRD Pro model to debut on February 7 at the Chicago Auto Show. Unfortunately, the company's brief teaser video doesn't tell us much about the machine, including what vehicle is getting the off-road upgrades.

At just 15 seconds, there's not much to see in this clip. The video cuts between glimpses of the vehicle, a forest that appears to be the in Pacific Northwest, and a train.

More from Toyota in Chicago: 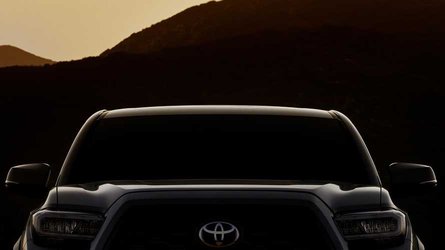 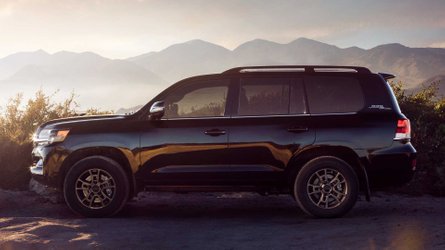 Strategic use of the pause button indicates the new TRD Pro vehicle is a crossover or SUV. Judging by the glimpse at the shape, the most likely candidates for an off-road upgrade are the Sequoia, Highlander, or RAV4. While an off-road-oriented C-HR might be fun, the silhouette doesn't match what's visible in this video.

Toyota will be quite busy with debuts in Chicago. In addition to this new TRD Pro model, the company will also unveil a refreshed Tacoma pickup with revised styling and power-adjustable seats. The Land Cruiser Heritage Edition will arrive there too with a set of bronze-colored 18-inch BBS wheels, black body accents, and retro-styled badges.

While we don't expect to see it in Chicago, spy shots also tell us that Toyota also has a refreshed Tundra under development. The pickup gains a thoroughly revised face, including tweaks to the grille and headlights. There are also styling revisions at the back. Underneath the skin, the company seems to have tweaks to the rear axle like possibly offering an air suspension.