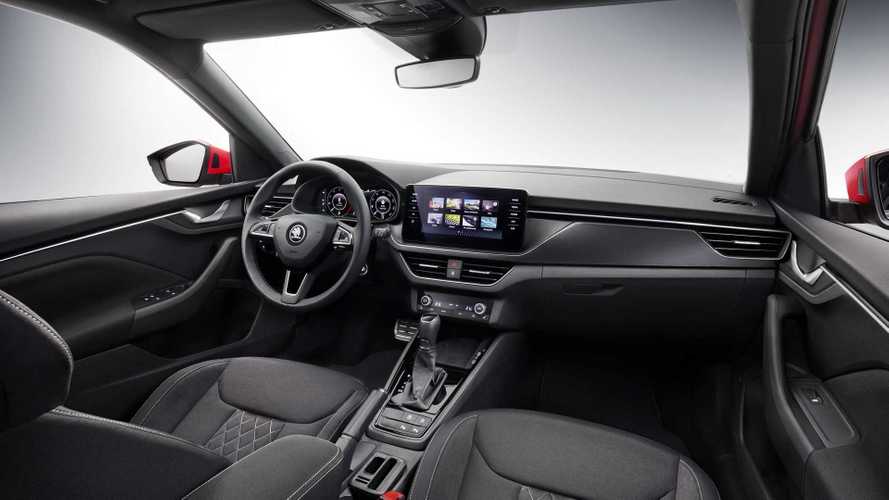 If you like the Scala's cabin, you'll also be a fan of the Kamiq's interior since the two are very much alike.

Another week, another teaser image from Skoda in the build up to the world premiere of the Kamiq destined to be sold in Europe. The subcompact crossover is showing off most of its interior by revealing a dashboard design that looks like a spitting image of the Scala’s cockpit. If you don’t believe us, here’s a comparison between the two, with the Kamiq on the left and the Scala on the right:

The reason why we keep mentioning this is the European Kamiq is because a namesake crossover was launched last year in China, but that one had a different design inside and out. The version destined to be sold on the Old Continent will be far more upscale in a bid to go up against the posh Volkswagen T-Cross and the SEAT Arona with which it will share most of the hardware.

Getting back to the new teaser image at hand, the Kamiq's cabin has pretty much the same features we’ve discovered already in the Scala, including the optional 10.25-inch fully digital instrument cluster and a generously sized touchscreen display, LED ambient lighting, heated steering wheel, heated rear seats, and a heated windscreen.

The Kamiq and Scala even have an almost identical wheelbase, with the former’s measuring 2651 mm while the latter’s stretches at 2649 mm. The trunk volume stands at 400 liters with the rear seats up and 1,395 liters after folding them down.

Likely to be offered only with a front-wheel-drive layout, the new Kamiq will slot underneath the bigger Karoq and Kodiaq in Skoda’s crossover portfolio. Engines will include the usual suspects in the form of the 1.0- and 1.5-liter TSI units and most likely a 1.6 TDI for whatever’s left of the diesel-loving crowd. A six-speed manual and a seven-speed automatic DSG should be on the menu.

The new member of the VW Group’s ever-growing MQB family will premiere on March 5 at the 2019 Geneva Motor Show before going on sale later this year in Europe.