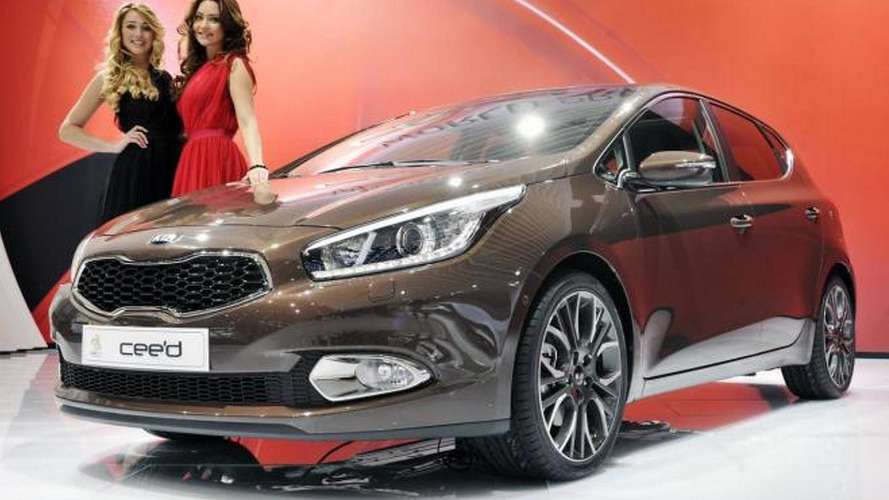 Kia has taken the wraps off the 2013 Cee'd. Looking significantly improved, the model has a prominent grille, LED-infused headlights and a tailgate-mounted spoiler.

Kia has taken the wraps off the 2013 Cee'd. The Cee'd SW, the wagon version, was also unveiled at the show (see live photos) but Kia stated full details would be released closer to its on-sale date later this year.

Looking significantly improved, the model is described as a "game-changing car" that is "more sophisticated, more efficient [and] more refined" than its predecessor.

Starting with the styling, the car adopts a new front fascia with a prominent grille and LED-infused headlights. Further back, there's a unique greenhouse, a sloping roofline and a tailgate-mounted spoiler.

The cabin has a three-spoke steering wheel, gloss black trim and metallic accents. We can also see an infotainment system and digital HVAC controls.