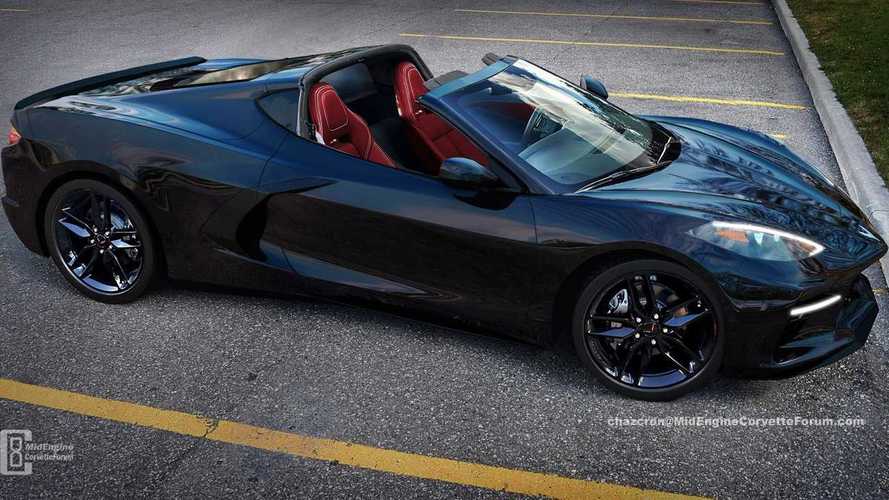 It’s been a while since we heard anything new on the upcoming mid-engined Chevrolet Corvette. That hasn’t stopped our friends over at MidengineCorvetteForum.com from working on what-if scenarios, and another fantastic rendering from forum member Chazcron has our attention. By that, we mean it gave us whiplash when we first saw it because holy cow does it look good.

All kinds of mid-engined Corvette spy photos have crossed our desks in recent months, and the MidEngineCorvette forum as well as CorvetteBlogger.com have gone above and beyond in creating some truly astounding renderings based on those shots. This is the first time we’ve seen the forthcoming supercar rendered as a Targa top model with the roof removed, and it also happens to be one of the best C8 renderings we’ve seen. For that matter, it could be one of the best renders of anything we’ve seen, from realistic reflections on the exterior to stitching in the seats.

As for the car itself, we’ve heard all kinds of opinions on C8 styling thus far. More than a few of those equate the new ‘Vette with the Ferrari 360, and we can certainly see similarities. This side-on rendering, however, really casts the car in a whole new light. The front end still looks rather chunky, but the sharp body lines and arched fenders presented here add a bit of distinctive Corvette flavor that we haven’t really seen before. If the actual car looks this good, we won’t be the least bit disappointed.

Pre-production sightings have been thin since 2019 began, with a brief civilian encounter caught on video a couple weeks ago. The rumor mill is quiet as well; the last rumblings we heard mentioned a possible Detroit debut, with a reveal either at New York or a standalone event in the spring far more likely. We know the Detroit Auto Show came and went without even a peep about the C8, and the recent 2019 Corvette Driver Series special edition models revealed in Daytona came and went without even a tiny hint of the C8’s future. Our eyes are now focused on the New York Auto Show in April, where we’ve heard the long-awaited car could appear.

Head over to the forum at the link below to see some image tweaks Chazcron already made, as well as some backstory on how the render came together.