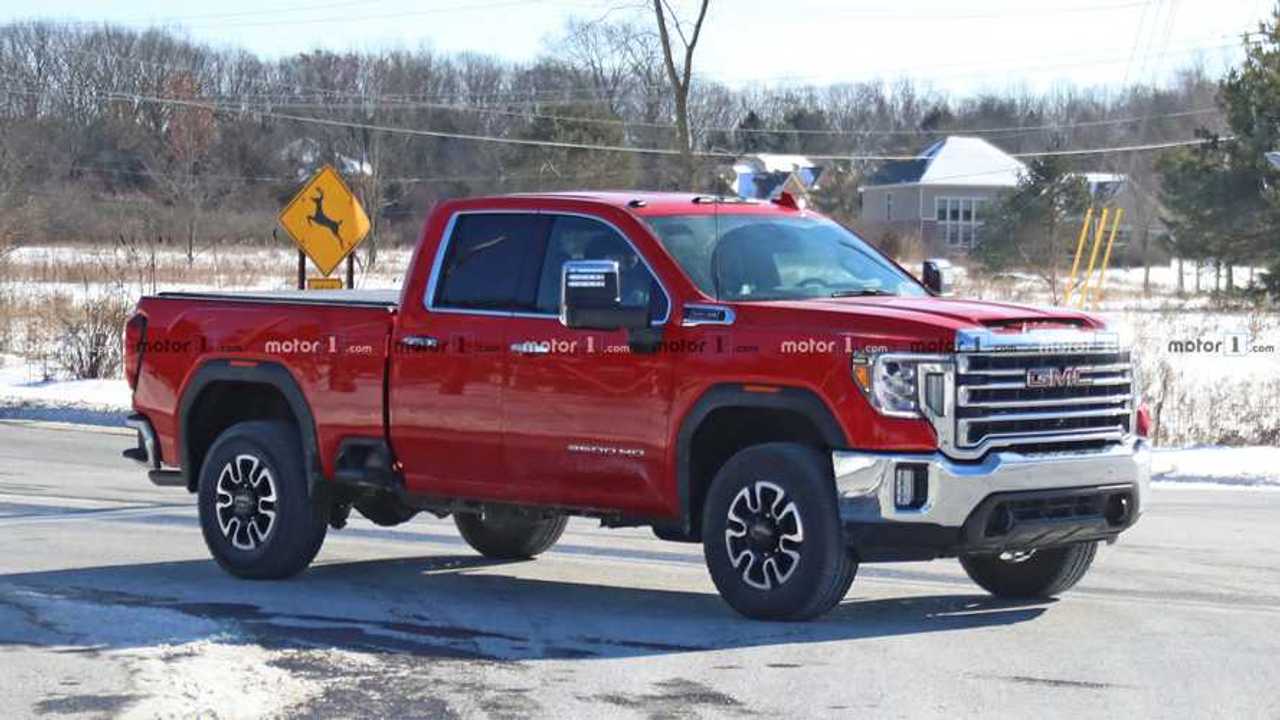 It's our first look at the big pickup with the smaller cab option.

Technically speaking, these pictures featuring the 2020 GMC Sierra HD aren’t spy photos. The beefy upscale pickup became official last month, revealing its massive grille to the world that is nearly as polarizing as the grille used on the Silverado HD. Thus far we’ve only seen that grille attached to a king-sized Sierra HD Crew Cab with four big doors, but our spy team caught this Double Cab model trolling around Michigan roads and snapped a few photos for good measure.

What’s the difference between a Crew Cab and Double Cab? It’s all about interior space, with Double Cab models offering less room inside for rear seat passengers. It’s the modern-day evolution of what used to be called an extended cab pickup truck – Double Cab has more marketing finesse to it, but at the end of the day it’s a stretched version of a standard cab with a small backseat. The Crew Cab, meanwhile, offers full-size accommodations in the rear.

Both Double Cab and Crew Cab models can be equipped with either standard-length or full-length pickup beds. For buyers who don’t have much need for rear-seat passenger space, the Double Cab with a short bed allows for some in-cab cargo capacity while keeping the truck’s overall dimensions just outside of gargantuan territory. The red pickup captured here gives us a look at the Double Cab equipped with the shorter bed, and from strictly a profile view it doesn’t look as big as one might expect.

2020 Chevrolet Silverado HD Versus The Competition

The Double Cab model generally isn’t as popular as the Crew Cab, and admittedly the smaller cab might look a bit awkward with the huge grille up front. It’s no real surprise that GMC hasn’t shown us any photos of this version yet, but at least now we know what to expect when the HD models hit dealerships later this year.