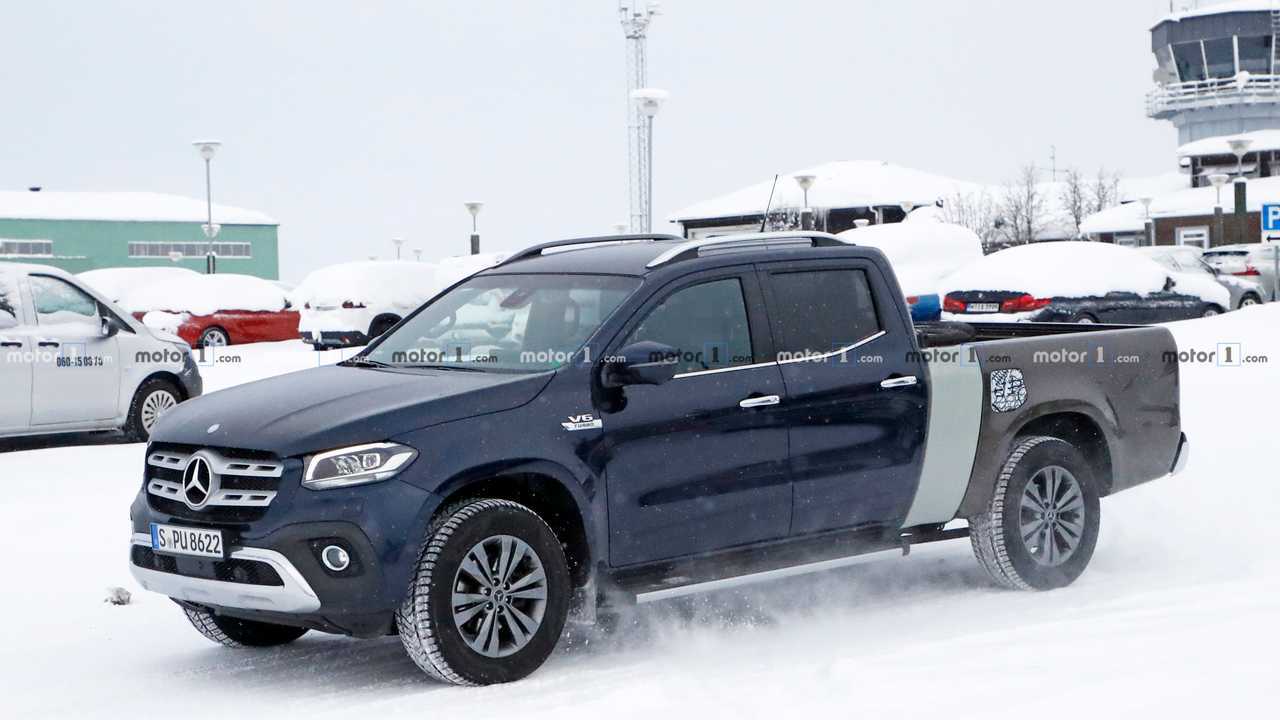 Could this be a prelude to a U.S. debut for the luxury truck?

Is Mercedes-Benz planning to release a long-bed version of its X-Class pickup truck? A year ago we thought that answer might be yes – spy photos of a Mercedes pickup with an extended bed appeared last March, but that was the only sighting. The long-bed Merc wasn’t seen again, and obviously no production models appeared. We thought the project may have been cancelled, but photos coming out today suggest otherwise.

Get To Know The X-Class:

There’s clearly no camouflage on this truck, save for a wrap on the fuel door which is bizarre to say the very least. The last time we saw this truck it was fully wrapped in camo, so either testing has progressed to a point where there isn’t a need to hide details, or we’re looking at a cobbled-together test mule of some sort. Either way, Mercedes has been quite secretive of whether such a machine could come to pass. Perhaps more importantly, the automaker has been secretive of whether the X-Class could make the jump to America.

That could actually be the crux of why this vehicle exists.  A longer bed with more power under the hood would certainly appeal to U.S. pickup truck buyers, and Mercedes already supplies the latter with a turbocharged 3.0-liter V6 diesel making 255 horsepower (190 kilowatts) and 406 pound-feet (550 Newton-meters) of torque. There’s also the possibility that Mercedes engineers could fit the 4.0-liter twin-turbo V8 in the X-Class, but that would only happen if there was sufficient demand.

In the meantime, we can see an extended-length X-Class wouldn’t simply be the same pickup with more bed at the rear. This prototype wears what looks like a standard X-Class bed with extra length at the front, which means there’s also a longer wheelbase underneath. That could be why testing is ongoing, as stretching the wheelbase even by a small amount can have a dramatic affect on other components, notably at the rear suspension.