Porsche 911 GT3 Touring Has A Boxster Worth Of Options

Don't you just love the dark blue and tan color theme of this car?

What do you get when you take a Porsche 911 GT3, remove the rear wing and huge badging, then say no to Alcantara and snap a six-speed short throw manual? A 911 GT3 Touring.

While this seems to be a back-to-basics type of 911, it actually isn't, as it's one of the greatest 911s out there – especially if it has a $60,000 worth of options included. This particular 911 GT3 Touring has the same owner as the high-specced 911 Targa GTS that Nick Murray drove before. Yes, same owner, same spending on options. Guess his friend isn't up for mediocrity.

As mentioned, this 911 GT3 Touring has $60,000 worth of options – that's the starting price of a 718 Boxster with an extra grand for a delicious dinner, maybe?

So, where does this amount of money went to? First off, the very attractive blue paint is actually a paint-to-sample custom color and it's worth $12,830. The wheels cost an additional $1,220, while the ceramic composite brakes and front axle lift add $9,210 and $2,590, respectively. Up front, this GT3 Touring is equipped with Bi-Xenon headlights for an extra $780 and its $140 fuel tank can carry 23.7 gallons for an extended range. 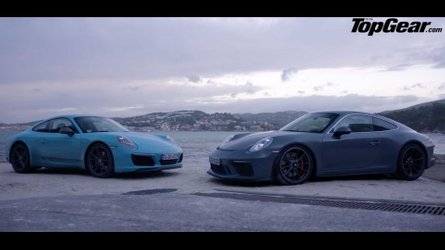 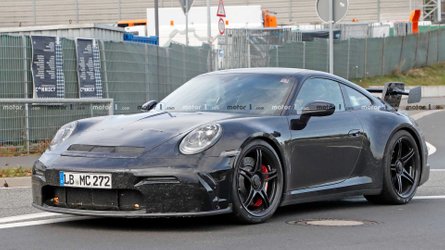 Inside, this is where it gets more interesting. The carbon fiber bucket seats cost $5,200 while the tan leather upholstery adds a $12,015 premium. Other leather upgrades increase the price $6,960 and that includes the leather on the air-conditioning vents. The leather trim on the floor mats, aluminum pedals, and PTS key add $460, $630, and $530, respectively. Lastly, the personalized door garnishing adds another $1,640.