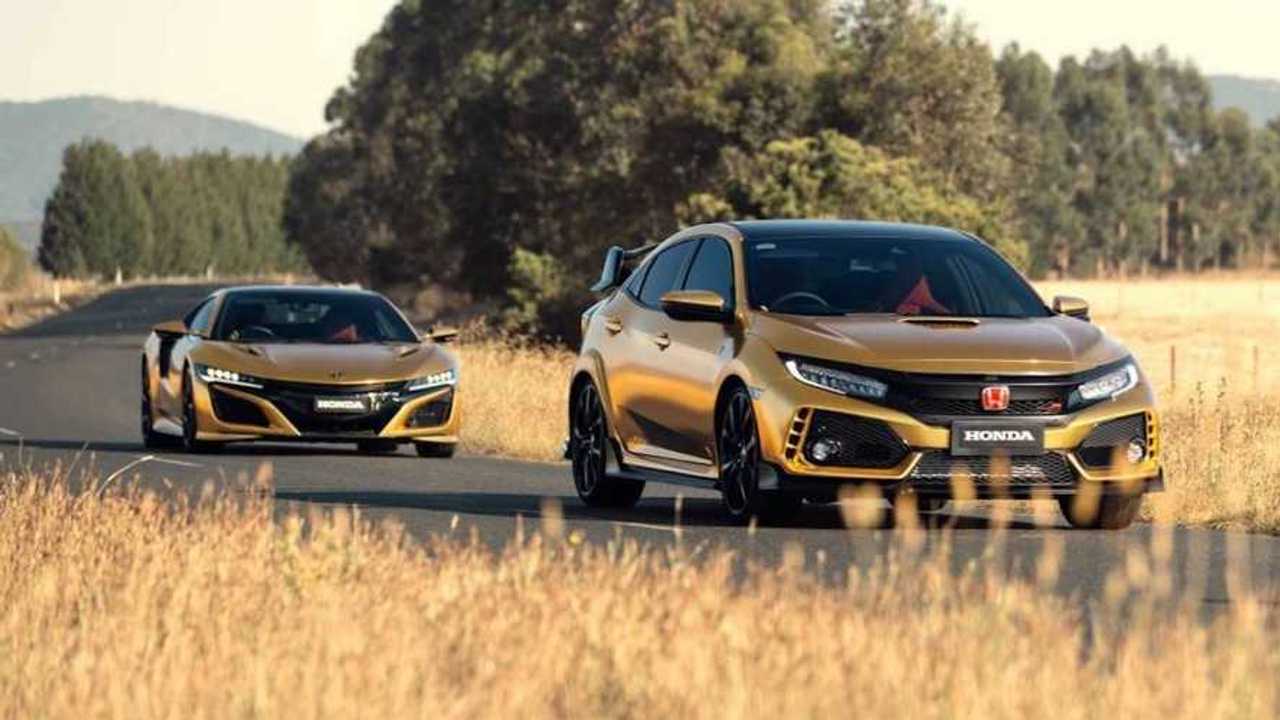 Honda has hit a milestone in Australia – it has reached its 50th anniversary in the land down under. To celebrate the incredible feat, the Japanese marque dressed its popular nameplates in gold, which is the metal that symbolizes 50 years.

Now, if you're wondering why the NSX is badged as Honda, that's because the supercar bears the H badge globally except the U.S. wherein it wears the Acura badge.

To give you a brief background with Honda's milestone in the land down under, several private companies were importing Honda products during the '50s. However, it was only February 4, 1969, when Honda Motor Company in Japan sent Mr. Hidehiko Shiomi to Melbourne to set up a unified, national representation for Honda in Australia.

“Honda Australia was a Honda subsidiary set up primarily to sell cars, but it has since grown with the global Honda brand to deliver a wide range of products and services that help make people’s lives more enjoyable,” said Honda Australia Managing Director & CEO, Mr. Hiroyuki Shimizu.

If the golden Civic Type R isn't your cup of tea:

Aside from the golden generator, lawnmower, and motorcycles, the main highlights of the anniversary are the Civic Type R and the NSX. Both exciting cars are in black and gold livery while bearing a simple yet striking "50 years" badge.

Photographer Jayden Ostwald took the golden Hondas to the most Australian backdrop he could find, and that means tall grass and very wide plains. Fortunately (or unfortunately), there are no wild animals seen in the photographs.