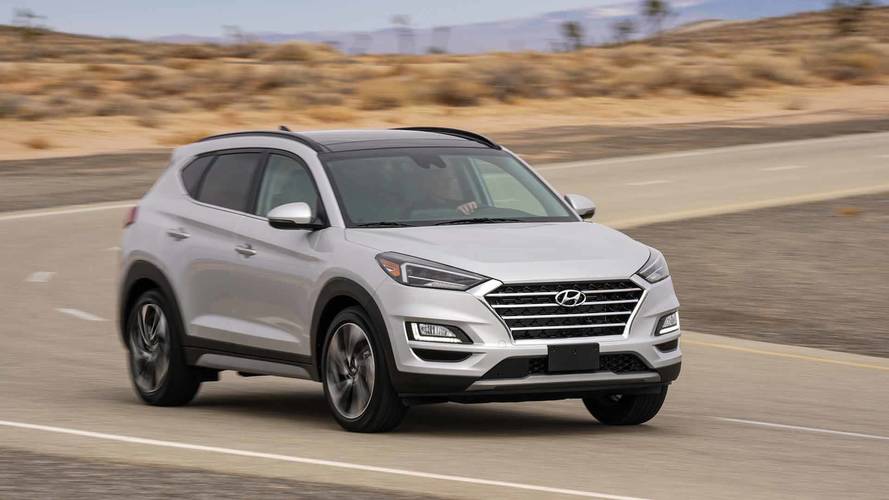 It could reach 62 mph in under 6 seconds.

The Hyundai Tucson will reportedly get a sporty N variant with at least 340 horsepower (254 kilowatts), according to company insiders speaking to Auto Express. It'll reportedly arrive in around two years. One of these sources said the company was "not interested in making also-ran cars with N badges on them in whatever class they compete."

Warm Version Is Out:

The insiders weren't willing to discuss many specifics about the Tucson N, but they admitted that the goal was for the speedy crossover to reach 62 miles per hour in under six seconds.

Due to the Tucson's compact, transverse engine, the engineers at Hyundai's N division might have some serious work ahead of them to build a drivetrain with 340 hp (254 kilowatts) in this tight space. For example, the 2.0-liter turbocharged mill in the Veloster N has up to 275 hp (205 kW) and 260 lb-ft (353 Nm). It's not clear whether this mill has the strength to support an extra 65 hp (49 kW) with adequate reliability.

All the details on the updated Tucson:

The sources speaking to Auto Express say that the next N model to arrive would use the i20 as its basis and should arrive next year with around 250 hp (186 kW). The insiders also confirm that the brand's halo model is still under development.

If you'd prefer a sporty machine from a more luxurious part of Hyundai's range, a high-performance version of the G70 is likely on the way. The current top powerplant available in the sedan is a 3.3-liter twin-turbo V6 with 365 hp (272 kW) and running either to the rear wheel or optionally to both axles.