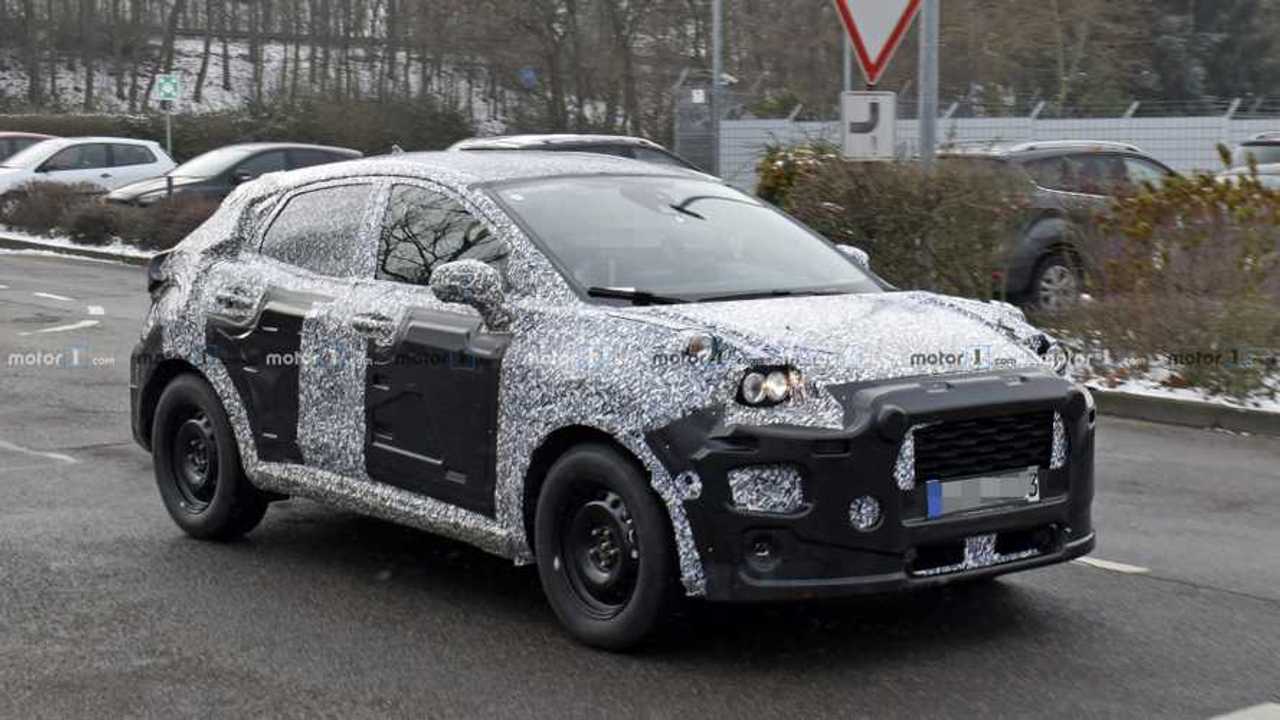 SUV all the things.

Ford’s major switch to crossovers, SUVs, and trucks will continue with full power in the next few years. The Blue Oval is currently working on a couple of new products from these segments, including a small Focus-based pickup, a new generation Escape (known as Kuga in Europe), and the vehicle you see in the gallery below – an all-new compact SUV of unknown name.

This weird-looking prototype has been spied somewhere in Germany and is most likely an early trial car for the replacement of today’s EcoSport. The smallest high-riding vehicle in today’s Ford lineup is not a huge success for the company as it was initially developed primarily for the Indian market and had some quality issues. It is now also assembled in Craiova, Romania, under the highest quality standards of the automaker but Ford might end up replacing it with an entirely new model with a different name.

Despite the considerable amounts of body cladding, this prototype seems to already be featuring production taillights. At the front, however, the lighting clusters are obviously not in their final production form.

It is believed the new SUV will be significantly larger than the EcoSport and will feature more space in the cabin and a bigger boot. Word on the street is it will be underpinned by the latest generation Fiesta (not sold in the United States) which means higher quality materials will be used in the interior. Also, customers can expect an array of advanced assist and safety systems.

What Is Ford Testing With This Mysterious Crossover Prototype?

Sharing its architecture with the Fiesta means power will be provided by turbocharged gasoline and diesel engines. Ford’s 1.0-liter EcoBoost will be among the core options together with the 1.5-liter TDCi diesel. The more affordable versions will be FWD only, while optionally available for some of the more expensive trims should be an all-wheel-drive system. It’s going to be interesting to see whether the automaker will also offer its new eight-speed torque converter automatic.