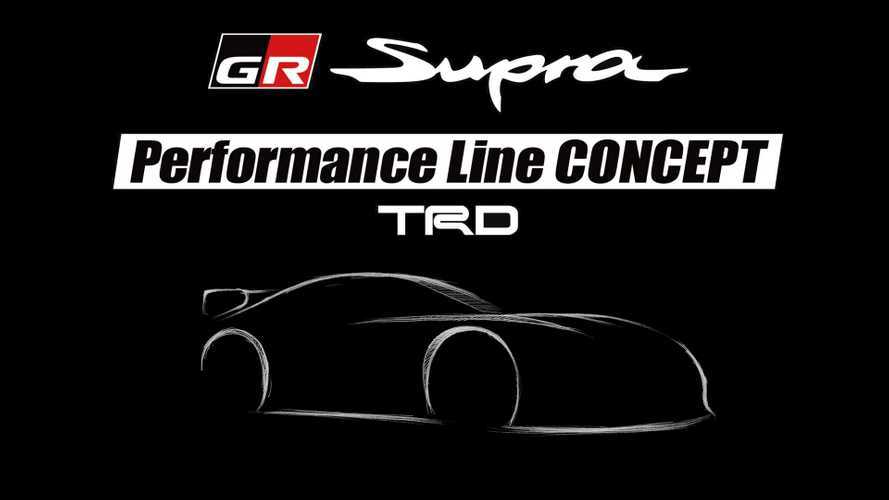 After years of waiting, the fifth-generation Supra is finally upon us. It debuted a little over two weeks ago at NAIAS in Detroit and it looks like Toyota Racing Development is eager to show how it can amplify the sports coupe. Come February 9 and we’ll get to see a TRD-branded concept of the new Supra at the Osaka Automesse held in the Kansai region in Japan. If you haven’t heard of this annual auto show before, it’s like the JDM equivalent of SEMA and 2019 will represent the 23rd edition of the event.

Known by its full name as the Toyota GR Supra Performance Line Concept TRD, the showcar will give us a taste of things to come as far as the many ways Supra owners will be able to upgrade their cars with TRD goodies. The concept’s reveal comes as a natural follow-up to a statement made in Detroit by Andrew Coetzee, Group Vice President - Product Planning & Strategy at Toyota Motor North America. In an interview with Motor Trend, he revealed the plan is to offer a variety of warranty-backed TRD items. In addition, there might be a Supra TRD special edition sooner or later in the model’s life cycle.

Complementing the TRD upgrades will be additional items carrying the GRMN (Gazoo Razing Meisters of Nürburgring) badging. Speaking of which, Toyota has already confirmed plans for a high-performance Supra GRMN, so the model’s future looks bright for enthusiasts. That being said, Coetzee did admit during the same interview the company has “rather modest volume expectations” given the current weak demand for sports cars.

Details about the forthcoming Supra Performance Line Concept TRD are not available at this point, but we’ll probably see some changes to the body and minor hardware tweaks for the suspension and brakes. We wouldn’t hold our breath for a power boost over the standard 335 horsepower and 365 lb-ft (495 Nm) of torque, though.