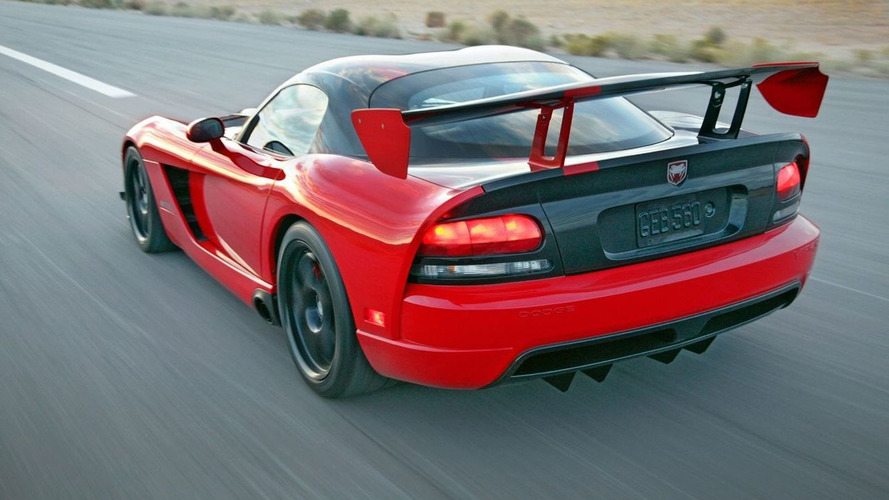 The tenacious gents over at Autoblog.com have busted through with official info of the new Dodge Viper SRT10 ACR (American Club Racer) just ahead of its public debut in a few days at the Los Angeles Auto Show. Not since 1999 has the Viper been outfitted with a street-legal track car package. The 2008 Dodge Viper SRT10 ACR will arrive in showrooms in the second quarter of 2008 at a MSRP of less than $100,000. Complete pricing information will be released at a later date.

Like any track car, one of the the core objectives is to save weight. And Dodge have done so by concentrating on three areas. The first area focused on unsprung suspension components by using StopTech cross-drilled and slotted brake rotors combined with the Michelin Pilot Sport Cup Tires and Sidewinder lightweight forged aluminum wheels. The second area of weight savings was found in the use of carbon fiber aerodynamic components such as an adjustable front splitter and rear wing which was sculpted by using CFD (Computational Fluid dynamics). Both of these areas combined are good for a weight savings of 40 pounds. The third area of savings is found in the optional “Hard Core” package which trims an additional 40 pounds of fat by deleting the audio system, fog lamps, underhood insulator padding, trunk carpet, tire inflater as well as the door speakers replaced with carbon fiber panels. The total combined weight loss is a massive 80 pounds.

No changes are made to the already potent 600hp 8.4-liter aluminum V10, however, the suspension receives KW coilovers that are adjustable in ride height and dampening in addition to a new front stabilizer bar for increased front end stiffness and reduced body roll. For more details see press release below.