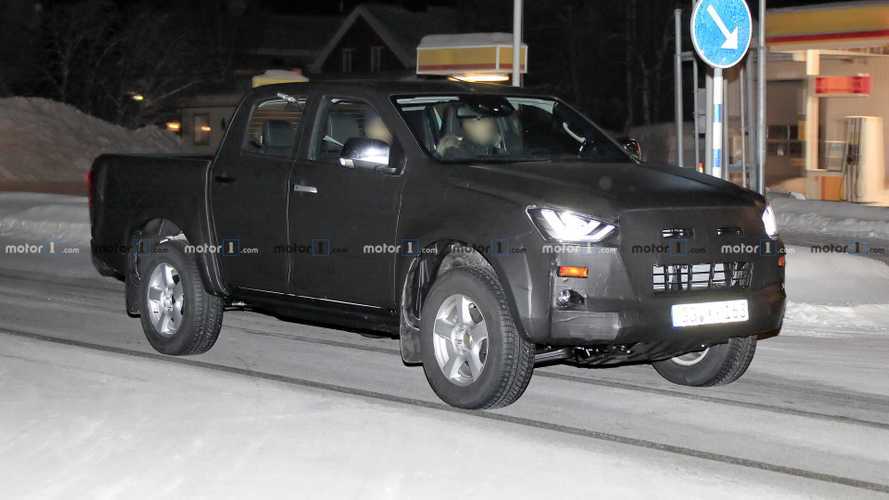 Familiar engines should be under the hood.

If you hear the name D-Max for the first time, it’s Isuzu’s mid-size pickup developed on the same platform that also underpins the Chevrolet Colorado. The truck is now in its second generation and is about to be overhauled as evident by these first spy photos.

The amount of camouflage is not letting us take a closer look at the prototype but it seems like it’s using the body of the current model. That hints at a comprehensive facelift, rather than a new generation vehicle, which should bring some improvements in terms of efficiency and safety technologies. Under closer inspection, you’ll notice the overall shape of the cabin and cargo bad are quite similar to the current Chevy Colorado.

Probably the most obvious improvement of the model over its predecessor will be the addition of what appears to be full-LED headlights. The D-Max that’s on sale today is offered with optional projector lamps with Xenon but these are expected to be replaced by more efficient light emitting diodes. The base model will carry on with standard halogen headlights.

Depending on the market, the truck is currently available with a number of different engines. The most technologically advanced of all is the 1.9-liter turbodiesel with 163 horsepower (121 kilowatts) and 265 pound-feet (360 Newton-meters) of torque, and there’s also a larger 3.0-liter inline-four diesel. Ecuador is the only market that has a gasoline-powered D-Max featuring a 2.4-liter GM-sourced motor. The diesel units are expected to gain improvements on the efficiency side and probably a bit more low-end torque.

See its sister model from Chevy:

The truck’s six-speed automatic gearbox should also carry on together with the five-speed and six-speed manuals. The D-Max rides on an independent front suspension with double wishbone, while at the back the suspension features leaf-springs.