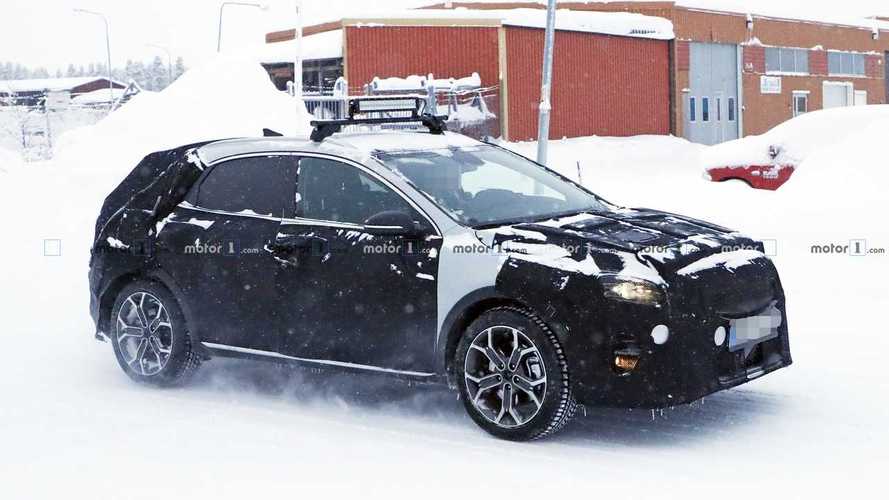 Kia's answer to the VW T-Roc will join the hatchback, wagon, and shooting brake in the Ceed family.

Kia’s Ceed range for the compact model’s third generation is significantly different compared to its predecessors taking into account the Proceed (it was actually spelled pro_cee'd) coupe has been replaced by a shooting brake. In addition, the family will grow in the following months to include this – a new crossover. Slotting below the Sportage, the new model is allegedly going to be called XCeed as per a trademark registered a couple of years ago.

Kia fans will recall that a similar moniker, spelled “excee’d,” was used back in 2007 for a convertible version of the original pro_cee’d coupe, but it ended up being a concept (pictured above). Now, a variation of that nameplate will become a badge on a production model set to go up against the Volkswagen T-Roc. While the model from Wolfsburg can be had with 4Motion, there’s a pretty good chance the XCeed will be offered exclusively with a front-wheel-drive layout considering none of the other Ceed models have AWD.

Because of the heavy camouflage, there’s not much to say about the exterior design. For the time being, the XCeed looks more like a jacked-up hatchback than a crossover, but we’ll reserve our final judgment for the moment the disguise will come off. Rumors say the public debut is scheduled to take place in early March at the 2019 Geneva Motor Show, which if true, it means an online reveal could occur towards the end of February.

When it will be revealed, the Kia XCeed (name not confirmed) will probably carry over the interior cabin design of the other Ceed body styles, sprinkled with some rugged cues here and there to denote its crossover nature. It will obviously be more expensive than the equivalent hatchback, but it should still undercut the T-Roc. Engines, gearboxes, and just about everything else will be inherited from the hatch.