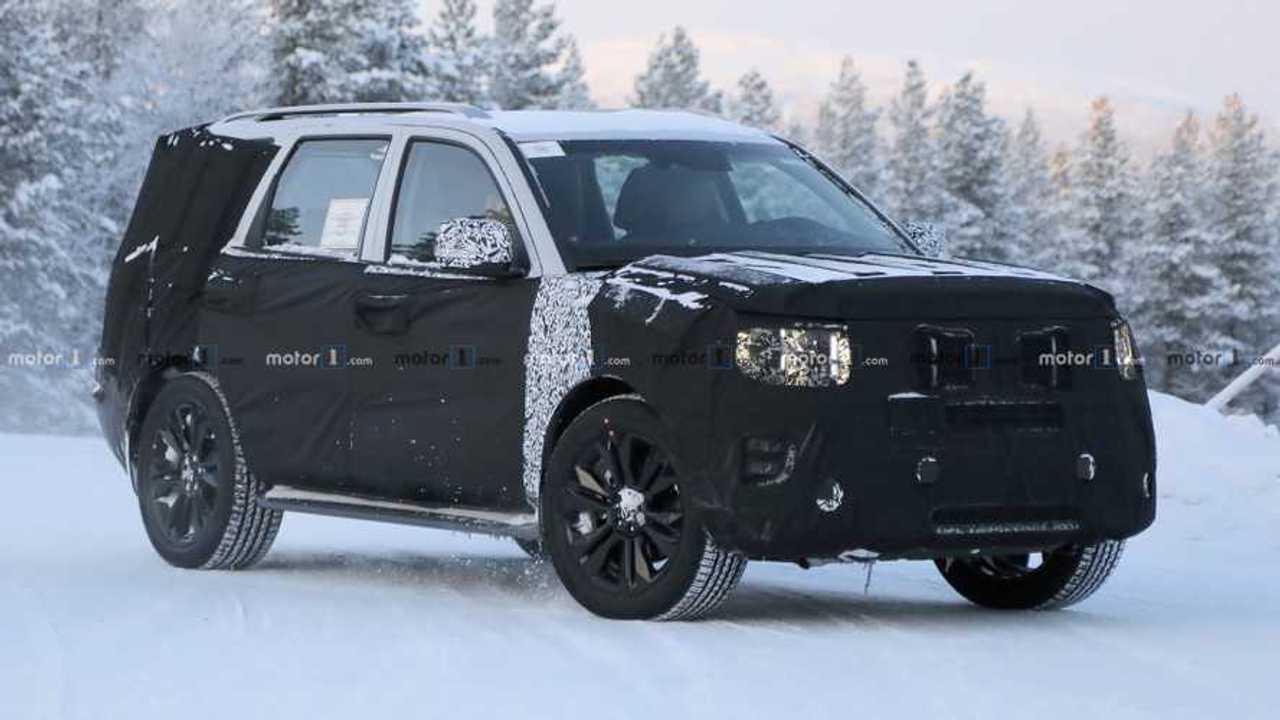 Aren't those the headlights of the Telluride?

No, this isn’t just a smaller or sportier version of Kia’s new Telluride SUV. What you are looking at is likely the next-generation Mohave which is finally set to receive a major overhaul. If you live in the United States, you might’ve seen its predecessor under the Borrego moniker. It was available for a single year in America and was replaced by the Sorento in 2010.

The Mohave is still available in some markets outside North America and, apparently, these regions will be soon getting a new range-topping SUV from the South Korean brand. Judging by the shape of the headlights and front fascia, this heavily camouflaged prototype most likely features production body and lights. Of course, the amount of disguise at the back is not letting us take a closer look at the rear end, but we expect the vehicle to be heavily inspired by the looks of the Telluride.

Interestingly, word on the street is that this new model won’t ride on a new architecture. Instead, it will be based on the platform that underpins the current Mohave and could even be powered by just slightly revised versions of the engines it’s available with today. These include a 3.0-liter V6 turbodiesel mated to an eight-speed automatic and a 3.8-liter and 4.6-liter gas units from the Tau range.

If the new Telluride, Kia’s largest vehicle in history, is anything to go by, the new Mohave should benefit from a large package of safety systems, even in the more affordable trims. Depending on the selected model, customers should be getting blind-spot monitoring, lane-departure warning, tire pressure monitor, lane-keep assist, adaptive cruise control with speed limiter, a 360-degree camera, and a head-up display.

Given the amount of camouflage on this car, we expect to see the final production version of the SUV towards the end of 2019 with sales likely to begin in the first quarter of next year.