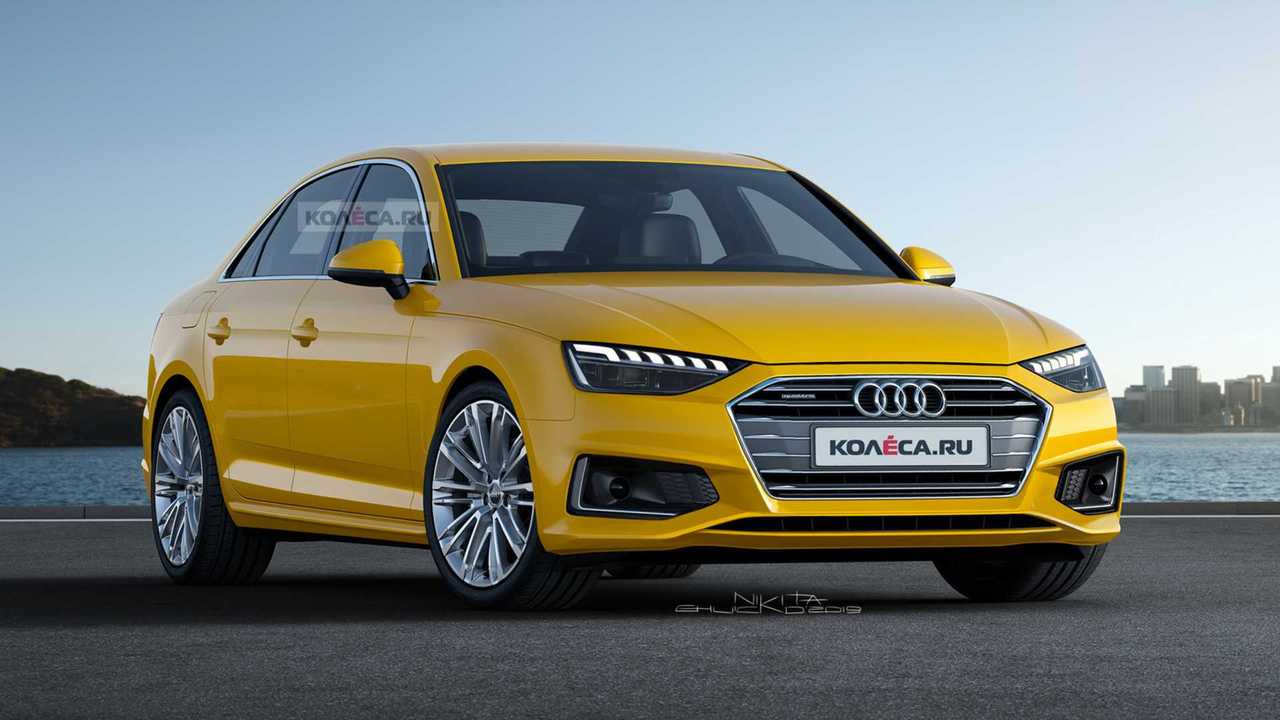 The changes are subtle but elegant.

Audi just updated its Euro-spec A4 sedan for the 2019 model year, but it was arguably the smallest vehicle update in the history of the entire universe. Look closely at the front fascia and you might pick out some subtle changes to air inlets, and trapezoid exhaust outlets at the rear. That’s pretty much it, so yeah, a proper model refresh is still in order.

We’ve seen camouflaged A4 sedans hiding more significant changes in the last couple months, but the folks from kolesa.ru tipped us off to some fan renderings of how the next A4 might look. Based on recent spy photos, the renderings serve to peel back the camo for a glimpse of what might be underneath. It’s still not an extraordinary change, but the redesigned headlights are in full view, and the grille shrinks in size just a bit as well. The rendering also borrows the existing air inlets but squares them up just a bit at the corners.

The rear shows similar subtle treatment, notably with the new taillights bisected by chrome trim spanning the width of the car. The lower rear fascia is revised as well, in this case nixing the mini-diffuser and moving the red reflectors further inward. The trapezoid exhaust, however, stays.

This is speculation of course, as we can’t yet be certain what’s underneath that camo wrap. The designs certainly look production ready, but what they don’t show are the expected changes to the interior. Current thinking is that Audi will inject some current-model A6 DNA for a significant makeover, ditching the A4’s floating infotainment screen for something in the dash. With the next model slated as a refresh and not a new model, powertrain options are expected to remain as they are.

These renderings are a neat preview, but we’ll still likely have to wait quite a while to see how close they are to reality. We don’t expect Audi to reveal its facelifted A4 until the end of this year at the earliest.