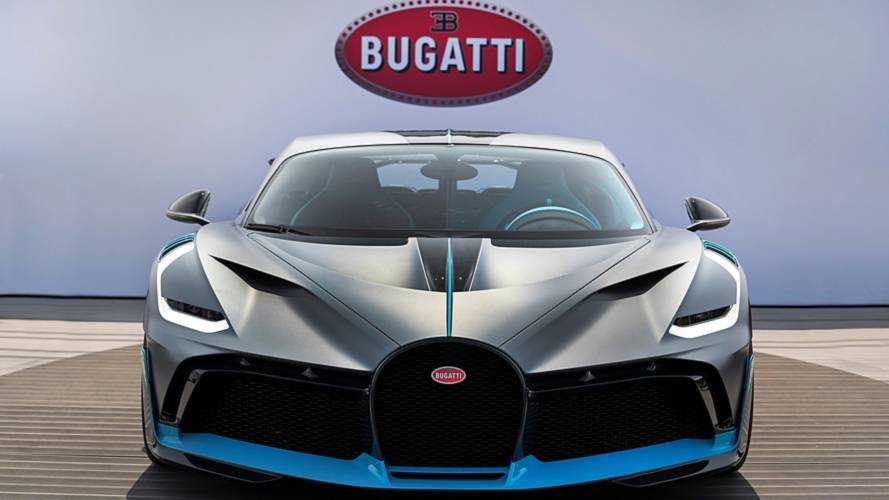 It's more than a million higher than the announced price, but that's not going to be a problem, is it?

When Bugatti unveiled the Divo at the Pebble Beach last year, there is more to the shock that came with its exquisite styling and other-worldly performance figures. The French carmaker has already pre-sold every 40 build slot of the supercar, which makes the Divo an exclusive nameplate that the majority of the world won't be able to own.

Well, that ends today as we've found an interesting listing at Mobile.de, a German car listing site. Apparently, one of the 40 build slots is being sold right now for 7,913,500 euros or $7,545,090 at the current exchange rates. The dealer that's selling the build slot is DI Automobile GmbH, which is located near Munich, Germany. According to the listing, the delivery of the supercar would happen sometime by the end of 2019 or early 2020.

The Divo is a track-oriented supercar, which makes it significantly different than the equally-amazing and luxurious (and fast) Chiron. Despite sharing the 1,500-horsepower quad-turbocharged W16 from the Chiron, it has performance parts that separate it from the esteemed supercar, as well as a weight loss of around 35 kilograms (77 pounds). With these upgrades, the Divo can outrun the Chiron at the Nardò test track by eight seconds.

Although, the Divo has a "conservative" top speed at just 380 kilometers per hour (236 miles per hour). Well, it's a bit of a disadvantage when compared to the Chiron's 420 km/h (261 mph) electronically-limited top speed.

Seeing the Divo in a different light:

While owning this ultrafast supercar was just a distant dream before, interested buyers would have a chance now until the German listing is out in the open. The selling price might be a bit higher than the selling price when the Divo was launched, but if you're among those who can afford one, that wouldn't be an issue, right?