What makes this engine the perfect fit for Supra?

The 2020 Toyota Supra and BMW Z4 share the same platform, but you probably already knew that. What you might not have known is that these two cars also share key components like infotainment, safety, and most importantly, engines. Pop the hood of either the Z4 or Supra, and you'll find the same turbocharged 3.0-liter inline-six in both cars. But how identical are these two units? Engineering Explained breaks it down.

BMW's turbocharged inline-six underhood of the new Supra – dubbed "B58B3001" – replaces the outgoing N55. And it offers a few advantages over the outgoing unit. The B58B3001 has a more rigid block, better cooling, and the ability to handle higher pressures, says Engineering Explained. It's also award-winning; in the BMW 340i, M240i, and X5, it took home accolades on Wards' 10 Best Engines list. 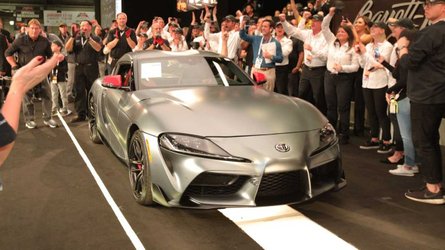 In the Supra, the BMW inline-six engine gives the Supra an extremely low center of gravity – lower than the Toyota 86, in fact – and aids in a perfect 50:50 weight distribution. For what it's worth, the Supra and Z4 share the same 97.2-inch wheelbase – but the Z4 is a bit shorter overall. The BMW stretches out to 170.7 inches, and the Supra stretches out to 172.5 inches.