The bump in displacement will be small and it'll come along with a minor power increase.

We’re just beginning to get acquainted with the 992-gen 911 and Porsche is already willing to shed more details about what’s in tow for the new Nine Eleven. So far, we’ve seen the Carrera S and 4S in coupe and cabrio forms, but it’s only a matter of time before the portfolio will grow to include a diversified array of hotter versions. One of them will be the GT3 RS, and today we can share preliminary details about the track-focused machine courtesy of an interview published by Australian magazine Wheels.

Our colleagues Down Under got in touch with 911 product line chief August Achleitner at the launch of the Carrera S to learn more about the GT3 RS. The soon-to-retire Porsche official confirmed the next iteration will use an evolution of the 4.0-liter engine and the engineers will not go down the forced induction way. In other words, the flat-six will continue to be naturally aspirated, but a minor displacement increase is being prepared. Achleitner went on to mention the bump over the previous 3996cc configuration will be so small that it won’t warrant a change from the 4.0-liter displacement of the previous GT3 RS. A few extra ponies are expected.

One way to go would be by adapting the 4000cc engine found in the GT3 R race car, with Achleitner revealing there will be a connection between the GT3 RS’ engine development and the race-spec powertrain. While the aforementioned Carrera S and its all-paw counterpart feature a Panamera-derived new eight-speed automatic transmission, the track-focused machine will stick to its seven-speed PDK. Should you want a manual, you’ll be able to get one in the non-RS GT3.

In regards to weight, it’s unlikely to change a lot over the old one that tipped the scales at 3,153 pounds (1,430 kilograms), but the report mentions a minor diet could be in the works. Better aero to boost speed during cornering while increasing high-speed stability is on the menu, as is more tech inside the cabin thanks to a digital instrument cluster.

As to when we’ll get to see the new 911 GT3 RS, it’s too soon to say, but it will likely take a while considering customer deliveries of the Carrera S/4S haven’t even started yet. 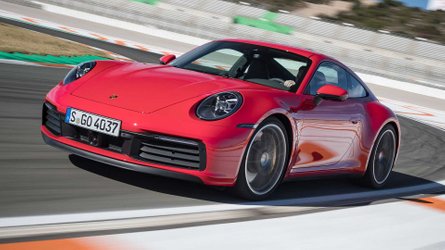 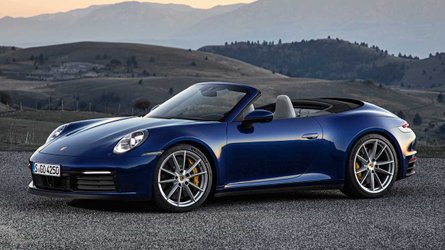