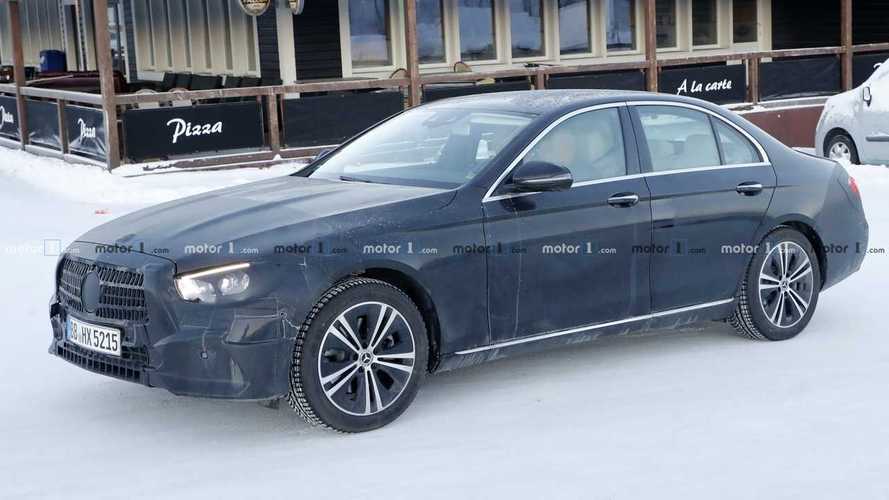 The exposed cabin allows us to see the changes the mid-cycle refresh will bring.

Sedans used to be the bread and butter of Mercedes’ range, and even though that’s no longer valid due to the crossover craze, the once traditional body style still plays a major role in the company’s lineup. It’s so important that Mercedes is actually extending its offerings with the first-ever A-Class Sedan without canceling the CLA. There’s also a four-door AMG GT, although that’s technically a liftback/hatchback, plus a stretched A-Class Sedan for China.

Today we’re here to talk about the E-Class Sedan, which was spotted in snowy Sweden preparing for a mid-cycle refresh set to bring subtle design changes and a discreetly updated interior. Several prototypes were caught on camera by our spies, and all of them had the headlights and taillights covered, along with extra makeup on the front and rear bumper. Having seen the changes the smaller C-Class has gone through for its facelift, we’re expecting a similar makeover for the E-Class family.

The nip and tuck for the bumpers will likely be noticed right away only by Mercedes aficionados, and the same thing can be said about the lights as we’re not expecting major changes in those areas. Inside, the folks from the three-pointed star didn’t even bother to hide the cabin and its new sleeker touchpad already seen on recent models. The steering wheel also appears to be new, while the dual digital displays might’ve been upgraded to the MBUX infotainment system.

Here are other versions of the E being tested:

It goes without saying the sedan is not the only E-Class that will be updated as recent spy shots have shown the coupe and wagon will be going through a similar cosmetic surgery, and so will the Audi A6 Allroad-rivaling All-Terrain rugged and lifted wagon. Although we haven’t seen it yet, the E-Class Convertible will also be brought in line with the other E flavors.

Logic tells us the sedan will lead the way, with the more practical wagon to follow shortly and then the two-door models.