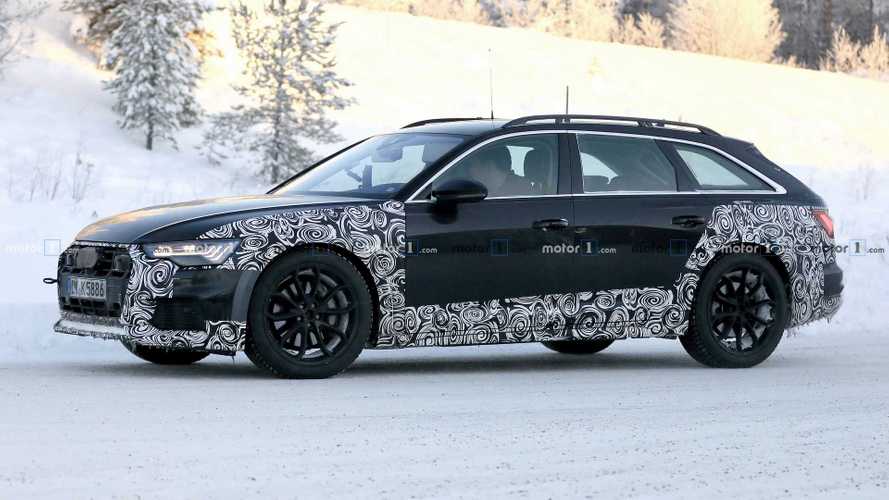 It's the SUV for people who don't like SUVs.

Audi is doing the best it can to please everyone by offering a wide variety of crossovers alongside its lifted wagons. The A4 Allroad caters those who are not too fond of the “Q” models, and if you want something larger, an all-new A6 Allroad is right around the corner. Spied with very little disguise, Audi’s rival for the Mercedes E-Class All-Terrain and Volvo V90 Cross Country was seen undergoing final testing in cold climates ahead of a possible reveal in the months to come.

Knowing how Audi gives its wagons the Allroad treatment, we have a pretty good understanding of how the A6 Allroad will be upgraded over the regular A6 Avant. Aside from the increased ground clearance, the car will make a more generous use of plastic body cladding and is going to feature chunkier roof rails. All of the oily bits and tech will be taken from the standard wagon, plus some minor tweaks inside the cabin to separate the two models. It goes without saying the Four Rings will sell the car exclusively with a Quattro all-wheel-drive system.

Beyond the two wagon-based Allroad models, Audi could decide to spice up the portfolio by adding an A1 Allroad if recent spy shots are anything to go by. The high-riding supermini is too small for the United States, but perfect for Europe where other subcompact hatchbacks have received the crossover treatment, including the Ford Fiesta Active.

Meanwhile, the A6 Allroad could debut as early as March at the 2019 Geneva Motor Show before going on sale in Europe the second half of the year. The number of derivatives Audi is preparing for the midsize wagon will grow furthermore with the addition of the S6 Avant and, of course, the mighty RS6 Avant.

We've spotted the A6 Allroad before: