This Mercedes ML 6x4 Is The Six-Wheeler You Can Afford 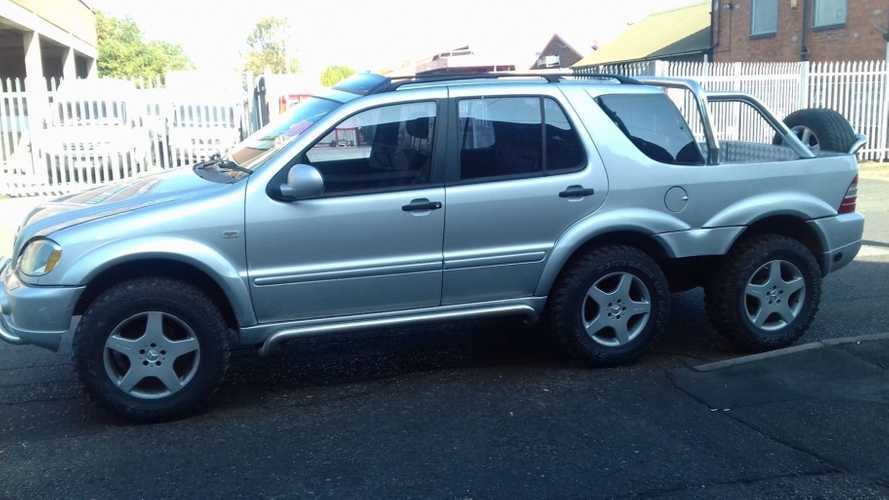 Ever since the Mercedes G63 AMG 6x6 reached production in 2013, six-wheelers have surfaced the web left and right. Carlex has created its own version of a 6x6 X-Class, while Hennessey went all crazy about it and added another axle to the Ford Raptor, giving birth to the VelociRaptor 6x6. But most of these monster trucks have one thing in common – a hefty price tag.

I said 'most' as not all aren't cheap. There's the G63 AMG 6x6 clone from Japan that's actually a Suzuki Jimny, while our favorite folks from Russia made a poor man's 6x6 version of the Lada Niva. If these two cars don't suit your taste, there's one on eBay right now that might fit the bill: a Mercedes ML 6x4.

Listed at 19,995 British pounds (around $25,760 at the current exchange rate), this converted Mercedes ML might very well be the most affordable six-wheeled Mercedes for sale right now. We specifically used "six-wheeler" as this Mercedes ML is actually a 6x4, with the working wheels presumably would be the original axles.

The Mercedes ML 6x4 is located in Nottingham, United Kingdom, but only a few details are found on its listing. Its title may say that it's a Mercedes ML AMG 6x6 but it's actually not since it's powered by a 3.2-liter V6 of the ML 320, unlike the AMG version with its 5.4-liter V8. What it has, however, are AMG body kits and six 18-inch AMG alloy rims.

The affordable 6x6s of the world:

Bureko 6x6 Is The 6-Wheeled Pickup You've Never Heard Of
⠀

Though there are no details on how the conversion to six wheels was done, the Mercedes ML 6x4 on sale looks neat on photos but more detailed images would make that official.

Interestingly, the listing also mentioned that the engine has been converted to LPG. We're not sure how that works but if you're interested to save on fuel with your six-wheeler, you might want to contact the seller directly on eBay. Who knows, you might be on to landing at a good deal for this Mercedes.