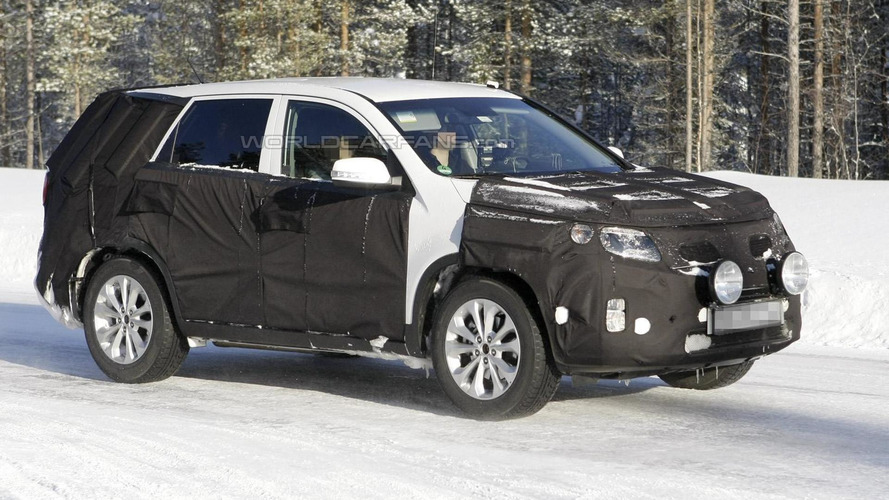 The current generation Kia Sorento was launched throughout Europe in 2010 following its release South Korea and is set to get a mid-cycle facelift for the 2013/2014 model year.

Our spies have caught a prototype for the facelifted Kia Sorento crossover whilst it was cold weather testing in Sweden.

The current generation Kia Sorento, which had its Europe launch in 2010, is set to receive a mid-cycle facelift for the 2013/2014 model year.

It is expected to sport a redesigned front fascia judging by these spy shots. It will also incorporate re-modeled headlights that appear similar to the style already seen on the Kia Cee'd hatchback.

The heavy camouflage also continues at the rear where we expect to see restyled taillights and a different rear bumper as well.

There are no major changes expected to the engine options which currently consists of two diesel and two petrol units, but perhaps we could expect a bit of tuning to boost power and reduce emissions.