Ford Not Interested In Chasing Lap Times With Shelby GT500 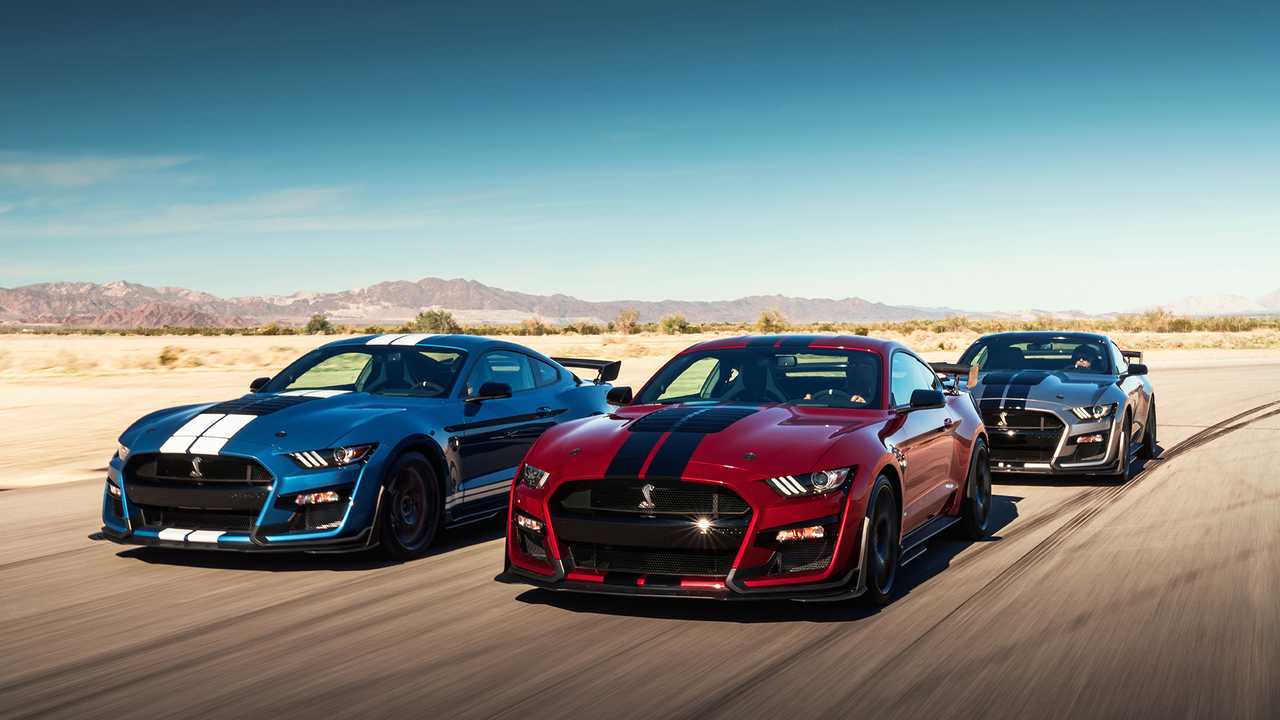 Chevrolet isn't shy about such things.

Ford’s new 2020 Mustang Shelby GT500 should be one fast machine. Thus far we only have a few vague stats from the automaker to gauge exactly how fast it is, and those estimates only account for straight-line speed. In its GT500 press release, however, Ford was keen to tell us about the car’s suspension tuning, aerodynamic enhancements, and massive brakes. Clearly, this Mustang is designed to be more than a one-trick pony, but according to Motor Authority, Ford isn’t interested in benchmarking the GT500 with official lap times.

Speaking to Motor Authority at the 2019 Detroit Auto Show, Ford Performance Chief Engineer Carl Widmann allegedly said there were “no plans” to go lapping with the GT500, either for benchmark times or records. Reportedly he went on to say Ford hadn’t published such numbers in the past, but that’s not entirely accurate. Almost a year ago to the day there was a bit of excitement over Ford racing driver Billy Johnson setting a lap record at Virginia International Raceway in a Ford GT.

It could be argued that it wasn’t an official Ford endeavor, having occurred after Car & Driver’s Lightning Lap testing at the track, but the time was certainly shared by the Blue Oval's PR crew. And then things went strangely quiet when Chevrolet beat that record days later with its Corvette ZR1. That was back when Jamal Hameedi was the chief at Ford Performance, and curiously, he said almost the exact same thing as Widmann.

Chevrolet, on the other hand, has a Camaro ZL1 1LE that can lap the Nürburgring in just 7 minutes 16.4 seconds, and it let the entire world know about it. Ford never officially sent the Shelby GT350 to the Green Hell, but unofficial times had the 526-horsepower (392-kilowatt) Mustang clocking a 7:32 lap. With the GT500 set to make over 700 hp (522 kW) while utilizing segment-leading brakes and aero tweaks up the wazoo, it feels like a tremendous cop-out if Ford doesn’t dip its foot into the pool on this one.

In the report, Widmann did suggest that Ford would send a GT500 to Car and Driver’s next Lightning Lap showdown at VIR, so there could potentally be at least some closure on the big Shelby’s track prowess. But building something as awesome as the GT500 then stepping away from direct competition seems a bit weak to us. Come on Ford, give the people what they want – a proper Mustang-versus-Camaro showdown.