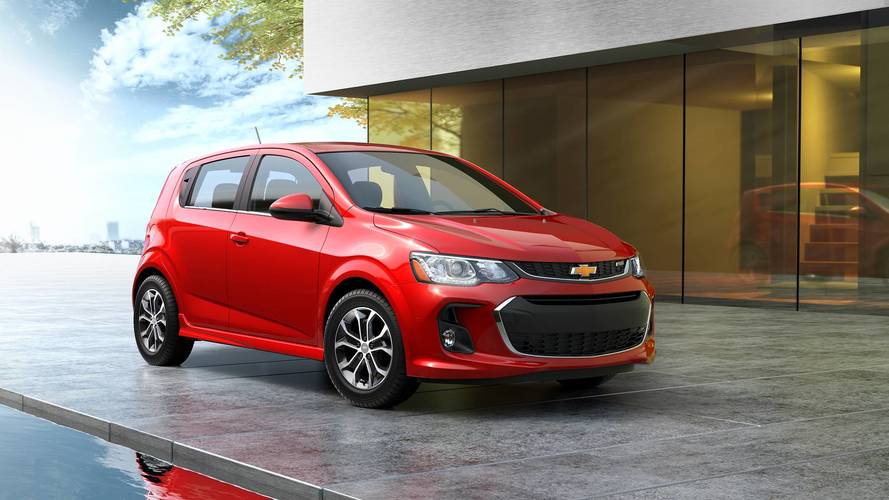 Chevy says it's sticking around.

A rumor is swirling once again that the Chevrolet Sonic might be nearing retirement. A report from the Wall Street Journal says that the Bowtie intends to axe the model "people familiar with the matter say." Motor1.com reached out to the automaker for further information, and a representative said: "We have not announced any plans to stop selling the Sonic in the U.S."

The Sonic has already been on life support for a few years. A report in July 2017 indicated that the hatchback was among six models that GM was considering whether to axe. The others were the Buick LaCrosse, Chevrolet Impala, Chevrolet Volt, Cadillac XTS, and Cadillac CT6.

A Wall Street Journal story in April 2018 reiterated that the Sonic was possibly due for retirement, in addition to the Chevy Impala. A Chevy spokesperson denied the report at the time.

The latest scoop on the Chevy Sonic:

Chevy Sonic To Stick Around For 2019MY

The Bowtie later said that the Sonic was sticking around for the 2019 model year. The company didn't confirm the model's existence after that, though.

In the U.S., the Sonic comes from General Motor's Orion Assembly factory in Michigan. The plant also builds the Bolt and the Cruise autonomous vehicle. The company plans to put the self-driving model into commercial production in 2019. Killing the Sonic would open up capacity to build more of these cutting-edge models.