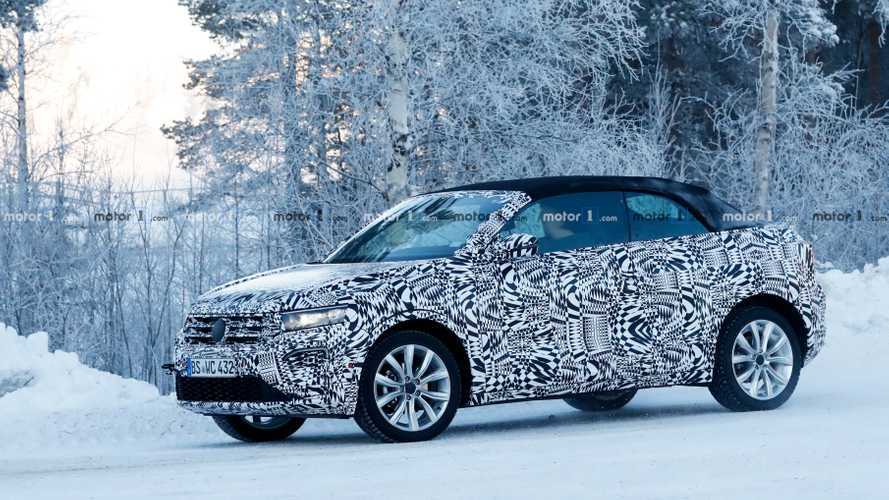 It's not typical weather for a droptop, but the T-Roc isn't a typical droptop.

Winter time isn’t ideal convertible weather, but that doesn’t mean testing doesn’t stop for droptop prototypes. That’s especially true when the convertible isn’t some suave sports car, but a strange crossover that will likely be driven all year long despite its fabric roof. Yes, the T-Roc Cabrio from Volkswagen makes another appearance for spy photographers, caught this time playing in the snows of Sweden. For obvious reasons, the roof is firmly in the up position.

We haven’t seen the curious convertible testing very much, but plans are clearly going forward for a release sometime in 2020. A few droptop crossovers have cropped up through the years, with the Range Rover Evoque Convertible arguably the most famous of the bunch. Such vehicles typically don’t sell well because frankly, it’s a homeless genre that cuts into the practicality of a crossover while also failing to deliver the thrills of a roofless sports car. Still, renderings we saw a while ago suggested a T-Roc convertible might not look too bad, so there could be some hope for this model.

When it arrives, it will ditch two rear doors and some cargo space in exchange for a folding roof. That also means the droptop will feature a completely different backside as compared to the standard model, not to mention changes to the suspension and the requisite bracing to maintain structural rigidity. As for interior features, we’ve not heard anything about changes versus the normal T-Roc, which means digital displays for instruments and a large touchscreen for the infotainment system should carry over. Same holds true for the powertrain, which means a range of small gasoline and diesel engines topping out with the 2.0-liter TSI making 188 horsepower (140 kilowatts). Front-wheel drive is standard, with all-wheel drive optional.

The T-Roc does dish up an attractive shape for the small crossover segment, so a convertible model could be a success. That won’t be known, however, until it goes on sale next year in Euro markets.