It'll debut at the Rolex 24 at Daytona race.

Chevrolet will unveil a special edition Corvette at the Rolex 24 at Daytona on Friday, January 25, at 11:30 AM Eastern. The info comes from the race's itinerary and offers no further information about the model. Corvette Blogger first noticed the listing.

See the next Corvette: 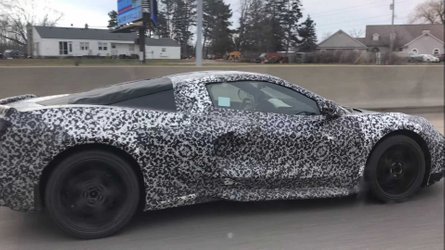 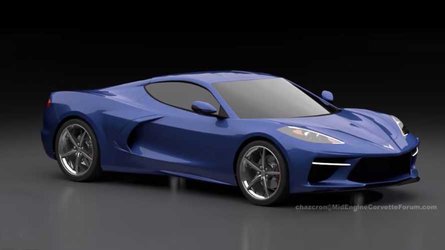 The spot on the itinerary only shows “2019 Corvette Special Edition Announcement at the Chevrolet Experience," and that doesn't even hint at what makes the new model distinctive. Unveiling the vehicle at a major race could hint at some sort of motorsport-inspired connection, though.

The special edition 2019 Corvette would likely serve as a celebration of the front-engined Corvette ahead of the mid-engined model's arrival. According to 2020 'Vette internal designations, the current generation will remain on sale alongside the future one. However, the latest vehicle will likely dominate headlines and consumer interest going forward. The timing of this special edition's unveiling will give fans of the traditional, front-engined Corvette a golden opportunity to show their love for America's sports car.

Chevy introduced two special edition 'Vettes in 2017. The Carbon 65 Edition for the Grand Sport and the Z06 added bare carbon fiber pieces for the front spoiler, side sills, rear spoiler, fender ducts, and cabin trim. They were available in Ceramic Matrix Gray exterior paint and had gloss black wheels. The Bowtie offered just 650 of them worldwide.

The company limited Grand Sport Admiral Blue Heritage Edition to just five examples, and they were exclusively available in Japan. In addition to the dark blue paint, the models had a white stripe on the hood and wheels. Red strips accented the front fenders. The black wheels also had a red accent around the rim.