Disney Is Building A Real-Life Racing Simulator From Cars 3

Except, you probably won’t be able to drive it.

Disney is bringing the movie Cars 3 to life. Today the company announced an opening date for its new attraction, Lightning McQueen’s Racing Academy, at its Hollywood Studios park at the end of March. The details are still vague, but the attraction promises to bring guests "face to face with racing legend Lightning McQueen." 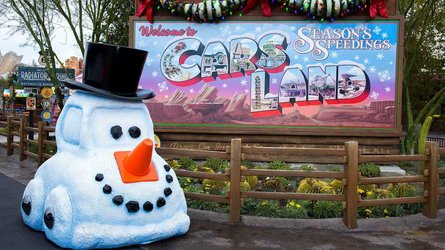 Check Out Disney's Cars Land All Dressed Up For The Holidays
⠀

Disney Pimped One Mom's Minivan To Look Like Lightning McQueen

"You’ll be part of the next generation of rookie racers, and you’ll learn the rules of the road from Lightning’s years of experience," say details on the Disney Parks Blog. "This will be the untold story of Lightning McQueen – as told by Lightning McQueen!"

Part of the attraction should include the racing simulator Lightning McQueen uses in the third film, reports WDW News Today. It doesn’t look like guests will be able to take on the simulator themselves, unfortunately, but they will get a taste of the action watching an audio-animatronic Lightning McQueen race just like in the animated film. The word "academy" suggests there will be an interactive aspect, though; details hint that guests will be the latest recruit of rookie racers.

This won’t be the first time we see Cars come to life in a Disney theme park, though. Disney’s California Adventure has an entire land dedicated to the film – aptly named “Cars Land” – which includes rides like Radiator Springs Racers and Luigi’s Rollickin’ Roadsters.