The Future For Venturi 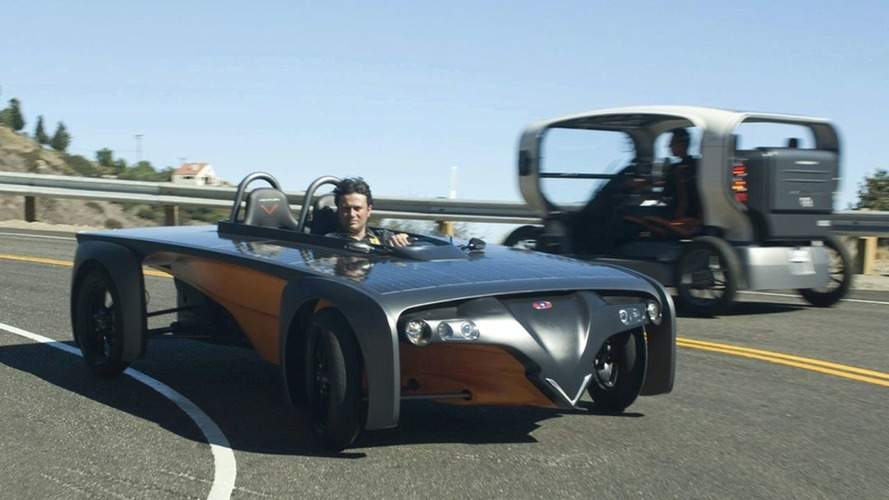 As the company's two main vehicles enter production, they talk on the record with WCF about innovation, competition, and the future of electric vehicles.

As 2008 inches closer, the folks at Venturi are getting charged up to bring their two models to market.  Working out of the expansive Gildo Pastor Center in tiny Monte Carlo, the final arrangements are being made for production of the Venturi Fétish and the Venturi Eclectic.

Scheduled to participate later this week at the Michelin Challenge Bibendum in Shaghai, China, Venturi plans to show off their "green" Fétish sportscar and the self-energizing Eclectic one more time before production.  The Michelin Challenge Bibendum was started in 1998 as an event to show off "clean vehicles", and how they might work in real life.

But don't call Venturi just another green company.  Although small, it is creativeness and inventiveness that the Venturi prides itself on.  "Before being an ecological or green company, we are a very innovating company," said Venturi marketing chief Marianne Hollande.

Even though production has not yet begun on their two models, Venturi is already looking towards the future.  While some had thought the Astrolab would go into production in early 2008, Venturi says the tandem two-seat solar-powered car is still a concept.  The company does confirm plans to unveil another concept in Paris next year, but mum's the word on the likelihood of that vehicle hitting the streets.

"[Innovation] is what we will continue to do, and we will demonstrate that at the Paris Auto Show."

Innovation was certainly necessary when Venturi decided to create the first production sports car to be totally powered electrically.  Going from 0-100 km/h in under five seconds, the Venturi Fétish receives 250 horsepower with 162 ft-lb of torque.  Because it is electrically powered, the maximum torque is constantly available from dead stop.

Two big limitations stand in the way of the Fétish.  First, the car has a top speed of 160 km/h.  That alone will make it a tough sell to luxury sports car buyers.  Second, the Fétish has a base price of 297,000 Euros, but Venturi believes the price could drop.  "Once the big manufacturers begin doing electric it will be harder," says Hollande, "but it also means that the market will become more affordable."

Production on the Fétish will begin this March, with first deliveries taking place in April.  Venturi has plans to make 50 units of the sportscar next year, with six already pre-ordered.

The Venturi Eclectic is a three-seater looking almost like a very high-end golf cart.  Eclectic is capable of being powered entirely by renewable energy, utilizing both solar and wind power.  Should you pick up an Eclectic and love in a cloudy-but-still part of the world, the vehicle is also capable of being charged with standard electricity.  On a full charge, the heavy quadricycle has a range of 50 kilometers, and a top speed of 50 km/h.

Venturi is definitely concerned about the future of their existence when major automakers make further headway into the all-electric marketplace.  Since they are already putting electric cars on the market, officials at Venturi think they have the time to truly shine and become the big name in electric vehicles.

When asked about their ability to be competitive, Hollande replied, "We are a very small company, but we work with big partners.  We have worked for four years on new technologies and new systems.  We're really aware of everything there is on the market."

One of the big question marks within the Venturi camp is not about Venturi, but about their competitors at Tesla.  Although Venturi believes they have a better car and a better battery system, officials are having a hard time figuring out how Tesla can make their roadster for 75% less than the cost of the Fétish.

However, even though the Tesla claims their Roadster has quicker acceleratition, a faster top speed, and a longer range, Venturi still believes their car will be perceived as the best electric two-seater.  Venturi will get a six-month jump on Tesla, whose Roadster is not due out until August 2008.

"They are following our way," says Hollande.

Gallery: The Future For Venturi