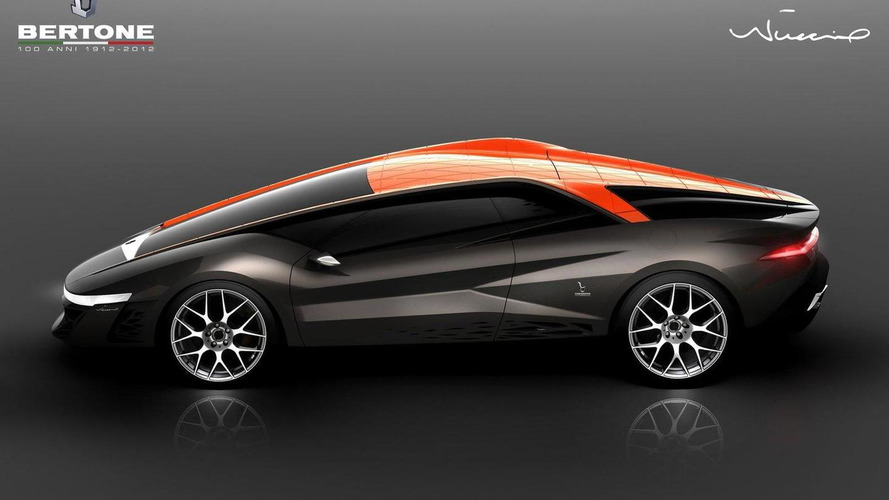 Named after its never-to-be-forgotten master of Italian styling, Nuccio Bertone, the concept car will have its world premiere at the Geneva Motor Show on March 6.

The Nuccio is described as an "extreme" sportscar that takes the next evolutionary step on the iconic wedge shaped mid-rear engined, rear-wheel drive, berlinetta design from the 1970s.

From the company that pioneered the low, muscular one-box design layout that is part of the company's historic tradition, the Nuccio concept displays a styling language of strong emotional impact that projects the brand's identity into the future.

The Nuccio is designed by Bertone Design Director, Michael Robinson.

More images and details will be released in Geneva. Stay tuned.