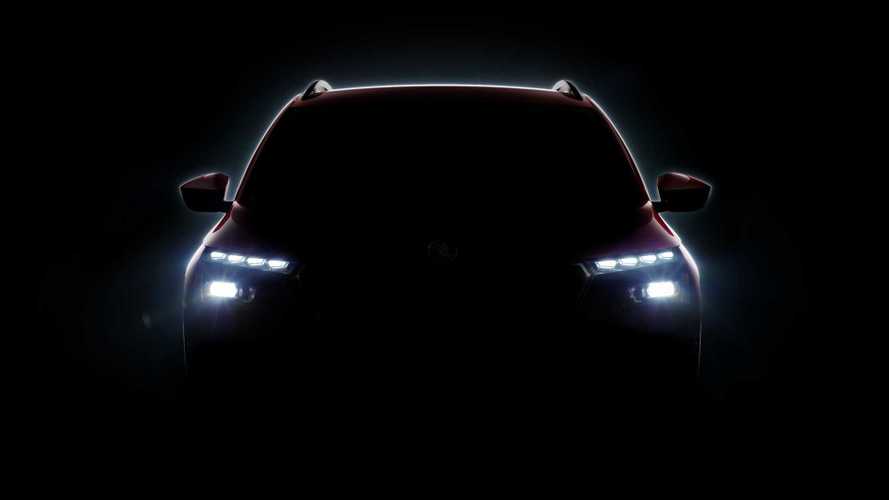 The subcompact crossover will join the Karoq and Kodiaq.

As promised, Skoda will introduce the production-ready Vision X (pictured below) at the Geneva Motor Show in March, one year after the concept’s debut at the same event. This teaser video/photo combo is the automaker’s way of telling us the subcompact crossover will be ready for the big show in Switzerland ahead of a market launch in Europe expected to take place in the second half of the year.

It seems highly unlikely the vehicle will carry over the concept’s “Vision X” name as logic tells us the automaker based in Mladá Boleslav has decided to go with a name that starts with “K.” That would make sense considering the Karoq and Kodiaq global models and the China-only Kamiq and Kodiaq GT.

Not that it comes as a big surprise, but the new “urban crossover” as characterized by Skoda will ride on the Volkswagen Group’s MQB platform. Details are scarce at the moment of writing, but this teaser allows us to see the split LED headlight arrangement implemented on its bigger brothers. The days of humble Skoda models are long gone when you take into account the yet-unnamed B-segment crossover will have dynamic turning signals.

Skoda’s new crossover won’t be the only model in the segment with the quirky split headlight arrangement since vehicles such as the Hyundai Kona and Citroën C3 Aircross already have those. What will make the production-ready Vision X stand out will be the typical attributes of a Skoda: spacious interior, large trunk, and solid build quality.

Here are the latest arrivals from Skoda:

A sister model of the VW T-Cross and SEAT Arona, the pint-sized crossover will likely be offered with an assortment of three- and four-cylinder gasoline engines. It’s unclear whether there will be any diesels, but with the Fabia facelift dropping the TDI altogether, the new high-riding Skoda might be a TSI-only affair.

Expect more teasers between now and the first press day of the 2019 Geneva Motor Show scheduled for March 5, although we have a feeling an online reveal will occur a few days sooner.

Mladá Boleslav, 16 January 2019 – ŠKODA’s SUV offensive is continuing apace. With the new crossover, the Czech brand is presenting another new model that will expand its SUV range, complementing the successful KODIAQ and KAROQ. ŠKODA has released a teaser image showing the vehicle’s silhouette – the first indication of what the future crossover model, which will have its world premiere at the Geneva Motor Show (5–17 March), will look like. The image provides a first glimpse of the front section and also shows the distinctive new LED headlamp design with separate daytime running lights at the top and integrated dynamic indicators.

The new ŠKODA model offers the best of two worlds. It combines the advantages of an SUV – raised seating position, better overview, more comfortable ingress and egress, increased ground clearance – with the agility and handling of a compact car. This makes the ŠKODA urban crossover model an ideal car for the city and beyond. Based on the Volkswagen Group’s Modular Transverse Matrix (MQB), ŠKODA model offers new assistance systems along with many Simply Clever features – one of the brand’s hallmarks, along with the spacious interior.

Follow us on https://twitter.com/skodaautonews, for the latest news. All content related to the new crossover model can be found at #NextSkoda.